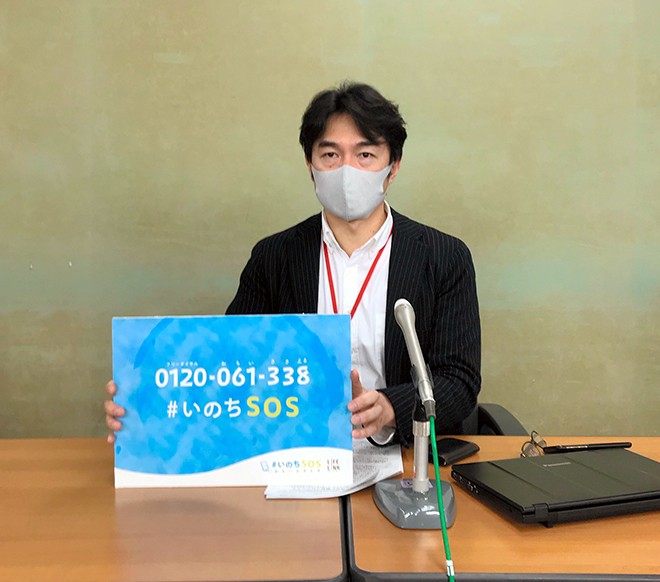 The number of people who take their lives due to anxiety and distress tends to increase toward the end of the nation’s fiscal year in March.

At this time, many people face major changes in their lives, such as entering a higher-level school, getting a job or moving to another place, starting in the new fiscal year. Many companies close their books in March.

With society as a whole suffering damage from the novel coronavirus pandemic, it is all the more important now to step up efforts to prevent suicides.

The number of suicides increased after the first wave of infections subsided in summer and peaked in October. In 2020, there were 21,077 cases of suicide in Japan, according to preliminary data from the health ministry.

The number represents the first rise in 11 years since the global recession triggered by the 2008 collapse of U.S. investment bank Lehman Brothers.

In particular, 7,025 women committed suicide last year, up 15 percent from the previous year.

A record 498 elementary, junior and senior high school students killed themselves, surpassing the number for 1986, when suicides of students due to bullying drew much public attention.

This is a deeply disturbing situation.

The data appear to prove that experts’ concerns about possible risks posed by the pandemic for women and children were correct.

They predicted a rise in job losses among non-regular workers, many of whom are women, as well as increased cases of domestic violence due to long hours spent at home and negative impacts on school learning due to prolonged school closures.

As for the causes and motives of suicide, 434 cases were linked to “a sense of loneliness,” up more than 30 percent from the previous year.

Restrictions to prevent coronavirus infections weakened the bonds between people at workplaces, schools and local communities.

But the government should also tackle head-on the problem of a growing number of people who feel lonely and isolated.

In response to proposals from both the ruling and opposition parties, Prime Minister Yoshihide Suga has established a Cabinet portfolio in charge of the problem.

At a news conference, Sakamoto said loneliness is a “subjective feeling.” If he views it simply as a problem that only exists in people’s hearts and minds, he gets it all wrong.

In many cases, suicide victims are “driven into death.” Their numbers may increase or decrease, depending on the state of society.

We hope Sakamoto will tackle the tough policy challenge with an accurate understanding of the nature of the problem.

Nonprofit organizations that have been working to help potential suicide victims are taking actions that should inspire policymakers.

Last month, 11 groups jointly set up a suicide hotline called “#Inochi (Life) SOS” (0120-061-338). The service, supported by some 300 staff members working from home to respond to calls for help, is designed to offer counseling around the clock.

Some NPOs are focusing on the use of social media familiar to young people to help prevent suicides.

These NPOs’ efforts to provide necessary support to potential suicide victims through cooperation with local governments raise hopes for improvement in the situation.

Some 800,000 people commit suicide annually worldwide. The governments of some countries, including South Korea and France, support public programs to train counselors. The World Health Organization says suicides are deaths that society can prevent and calls for redoubled efforts to reduce such tragedies.

Japan should join the ranks of countries solidly committed to reducing suicides so as to save as many precious lives as possible.