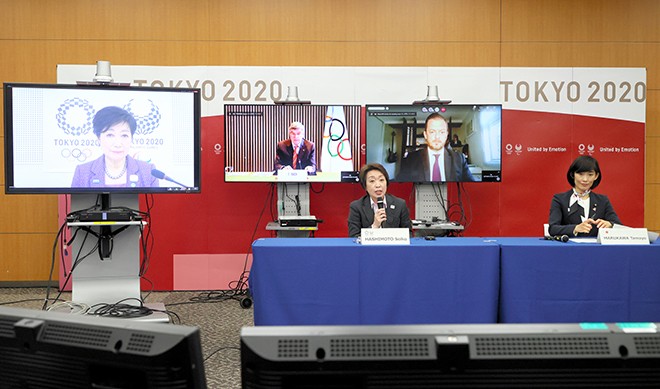 Doubts are spreading among government circles about the prospect of allowing foreign visitors to enter Japan for the Tokyo Summer Olympics.

The event is scheduled to start in July, and organizers of the Games want a decision about foreign spectators made as soon as possible because refunding for the 1 million or so tickets sold abroad would be a complicated process.

High-ranking officials at the prime minister’s office as well as those handling the Olympics said opening the border for foreign spectators would be difficult, given the current trends concerning COVID-19 cases.

Prime Minister Yoshihide Suga on March 3 said the COVID-19 state of emergency for the four prefectures in the greater Tokyo metropolitan area would be extended for about two weeks, which will push back discussions on whether to relax entry restrictions for foreigners.

“The current situation is to not allow entry to even a single tourist as a way of dealing with the pandemic,” an official in the prime minister’s office said. “From a realistic standpoint, it would be difficult to allow in foreign spectators” for the Olympics.

Another government official pointed to the fact that several tens of thousands of foreign officials connected to the Olympic movement would be coming to Tokyo. The official said Japanese organizers would have their hands full just dealing with infection prevention measures for those individuals, making it difficult to handle foreign spectators.

Others said it would be impossible to come up with specific measures to prevent a spread of infections unless they know how many spectators would be allowed to attend the various events.

Top officials of the Tokyo Olympic organizing committee, the central and Tokyo metropolitan governments as well as the International Olympic Committee and International Paralympic Committee held a video conference on March 3 to discuss this summer’s sporting events that have been postponed a year because of the COVID-19 pandemic.

“It is extremely difficult for the government at this time to predict whether or not foreign visitors will be allowed in, so there is a need for a careful judgment,” Tamayo Marukawa, the state minister in charge of the Tokyo Olympic and Paralympic Games, said at the meeting.

After the meeting, Seiko Hashimoto, the president of the Tokyo Olympic organizing committee, told reporters, “We want to make a decision by March 25 when the Olympic torch relay begins.”

Marukawa said the decision on whether to limit attendance for Olympic events would be made after considering the infection trends in Japan and abroad, as well as the lessons learned from other sporting events that have been held.

A working-level meeting was held on Feb. 25 among officials of the central and Tokyo metropolitan governments as well as the Tokyo organizing committee and the IOC.

According to sources, no objections were raised at the meeting about the proposal to hold off on allowing in foreign spectators.