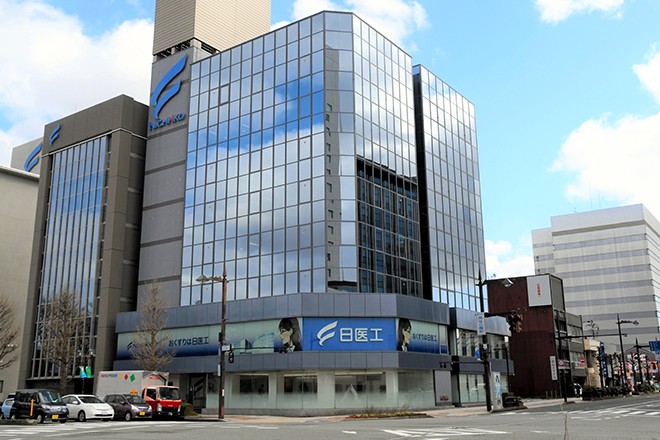 TOYAMA--Authorities are instructing a major generic drug company headquartered in the capital of the prefecture to suspend operations after officials discovered serious quality control violations.

The Toyama prefectural government issued a 32-day business-suspension order on March 3 to Nichi-Iko Pharmaceutical Co. under the Pharmaceutical and Medical Device Law.

“I deeply regret that the company’s quality control management system could not sufficiently respond to its growth rate,” Yuichi Tamura, the company’s president, said at a news conference.

According to the prefectural government and company officials, violations have occurred at the company’s Toyama Plant 1, located in Namerikawa in the prefecture, since at least around 2011.

Prefectural officials discovered the violations after conducting an unannounced on-site inspection of the company in February last year.

Investigators learned that when a drug failed a factory acceptance test, staff did not follow the process approved by the central government. They instead retook the test using a different pill. They sometimes crushed a failed pill, reprocessed it and shipped it out.

Workers committed the violations under the instruction of the factory director, officials said.

The malpractice continued for about 10 years, but prefectural officials said they have not confirmed if it created any health hazards.

The company is voluntarily recalling 75 products, including drugs for treating hypertension and diabetes.

Officials also discovered that since around 2009, the company has failed to properly administer a test to check the quality of drugs.

Sales at Nichi-Iko Pharmaceutical, which has been in business since 1965, amounted to 190 billion yen ($1.8 billion) for the year that ended in March 2020, the largest amount among domestic generic pharmaceutical companies, according to a company report.

Its suspension comes on the heels of a major quality control scandal at another generic drug manufacturer.

Kobayashi Kako accidentally mixed a sleeping drug into medication for athlete’s foot that may have caused two deaths.

(This article was written by Satoshi Tazoe and Yusuke Noda.)