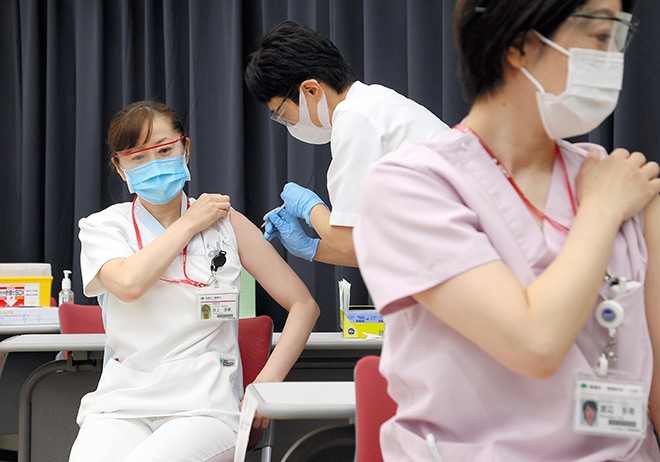 Tokyo confirmed 301 new novel coronavirus infections on March 5, bringing the daily average for the week to 273.6, an increase from the previous week’s figure.

Tokyo metropolitan government officials have set a goal of keeping the daily average for any seven-day period at 70 percent or lower of the preceding week.

But the average for week to March 5 was 102.1 percent of the number for the previous seven-day period.

The capital and three surrounding prefectures remain under a state of emergency, which is expected to be extended until March 21.

There were 74 new patients aged 65 or older.

The number of serious cases stood at 49, down two from the previous day.

Tokyo defines serious cases as those requiring a ventilator or an extracorporeal membrane oxygenation (ECMO) device, which circulates blood through an artificial lung.