New Aso Bridge opens, replacing one knocked out by 2016 quakes 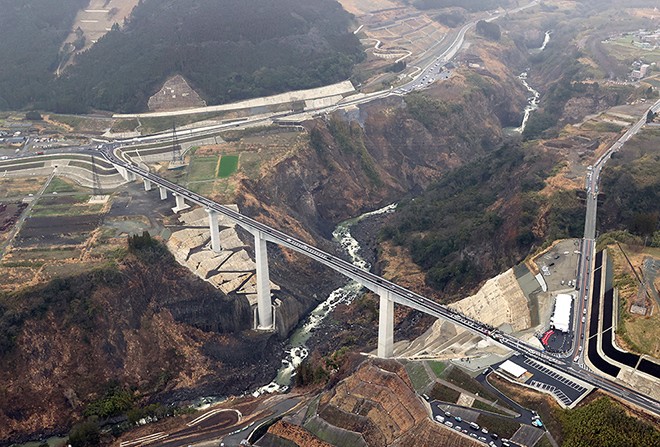 MINAMI-ASO, Kumamoto Prefecture--Five years after a series of earthquakes took out the Aso Ohashi bridge here, its replacement opened on March 7, capping the reconstruction of roads severed in the disaster.

The collapse of the bridge in the April 2016 quakes dealt a serious blow to the local area as the span, part of National Route 325, is a key infrastructure connecting the prefectural capital of Kumamoto and the surrounding areas.