Satellite operator to lose channel license due to scandal 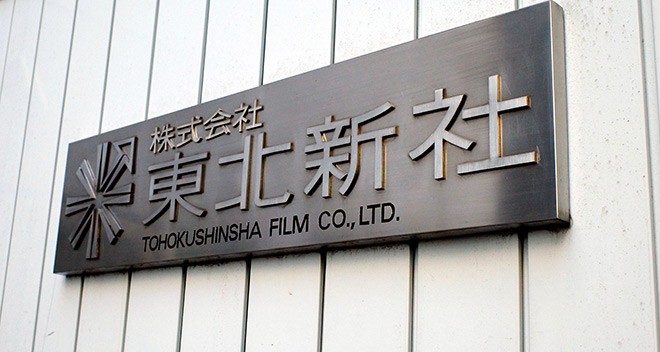 The government decided to revoke its license for a satellite broadcasting subsidiary of scandal-tainted Tohokushinsha Film Corp. after the telecommunications ministry concluded the company had violated legal provisions on foreign ownership.

The subsidiary operates an ultra-high definition 4K resolution satellite channel offering foreign movies. It is now obliged to end broadcasting on that channel as of April 30.

It is the first time for the telecommunications ministry to revoke satellite broadcasting approval of a company for violating a Broadcasting Law provision regarding foreign ownership.

At a March 26 news conference, Ryota Takeda, the telecommunications minister, said he had given instructions to strengthen the approval process for satellite broadcasting operators in light of the fact ministry officials did nothing about the illegal nature of Tohokushinsha’s foreign ownership for close to five years.

The channel to end broadcasting is “The Cinema 4K.” It has around 650 subscribers. The channel’s contract with subscribers is monthly, leading the ministry to decide a month was sufficient time to notify subscribers the service would end.

Tohokushinsha issued a statement March 26 apologizing for the trouble caused by what it referred to as errors in its application for satellite broadcasting approval.

When the company applied in October 2016, it claimed that the ratio of foreign individuals and companies owning shares with voting rights was under 20 percent. But in fact the ratio exceeded 20 percent, which put it afoul of the Broadcasting Law.

Company officials realized the problem in August 2017 and tried to get around it by establishing the subsidiary, Tohokushinsha Media Service, and seeking ministry approval for the company take over operations of the satellite broadcasting channel.

Tohokushinsha officials insist they informed telecommunications ministry officials of their belated awareness the law had been breached.

But ministry officials repeatedly said in the Diet they did not recall being informed of the matter.

The ministry has established a panel to look into when ministry officials first learned about the illegal foreign ownership.

(This article was compiled from reports by Ryo Toyoka and Tomoya Fujita.)