Some of the coral that have been revived in waters off Sakieda Bay of Ishigakijima island, Okinawa Prefecture (Video by underwater photographer Kazushige Horiguchi) 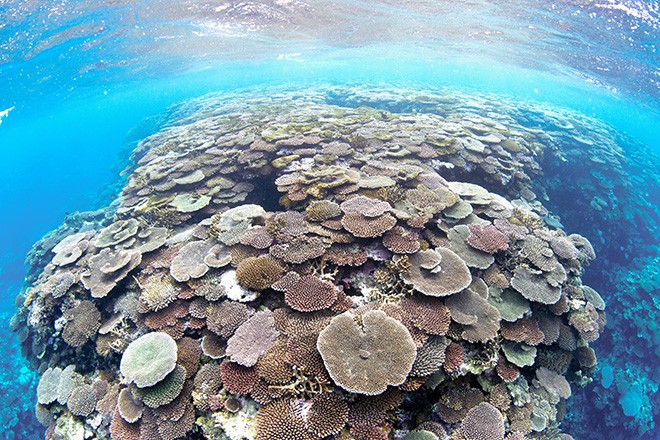 ISHIGAKI, Okinawa Prefecture--When underwater photographer Kazushige Horiguchi dived in waters off Ishigakijima island, he saw that a "miracle" had occurred.

Horiguchi has taken pictures of coral in the same area of the island's Sakieda Bay about 10 times since 2019, but had never seen the coral reef stretching so far.

“I could feel the vitality of the coral,” said Horiguchi, 34, who dived into the waters on Jan. 20.

Horiguchi has spent more than 10 years taking pictures of coral around Japan. He said he has seen seaweed and coral reefs dwindle and other local species disappear at most of the places he visited.

But he had heard from a local guide at Sakieda Bay that coral there have been miraculously revived.

According to an expert, the hunting of crown-of-thorns starfish has helped restore some of the coral reef that had been devastated by environmental changes.

Takashi Nakamura, an associate professor at the University of the Ryukyus, attributed the return to local activities to remove the coral-devouring starfish.

“It is an extremely rare case as many coral are threatened to be lost,” said Nakamura, who is researching coral reefs in the sea off the Ryukyu Islands, which lie to the southwest of the main Japanese islands and constitute Okinawa Prefecture. “It is important to maintain the revived coral as healthy as possible.”

Coral in the sea off the Yaeyama district, which includes Ishigakijima island, have repeated a cycle of dying and reviving a number of times, according to a report compiled by the Environment Ministry’s Biodiversity Center of Japan from surveys on coral reefs at about 1,000 monitoring sites nationwide.

Factors cited in the report include an outbreak of the coral-devouring starfish, rising sea temperatures, runoff of red soil from development projects on land, and discharge of insufficiently processed sewage as well as agricultural and farming wastewater.

The number of crown-of-thorns starfish began surging in the sea off the island, particularly around 2001, and the proliferation reached its peak between 2010 and 2011.