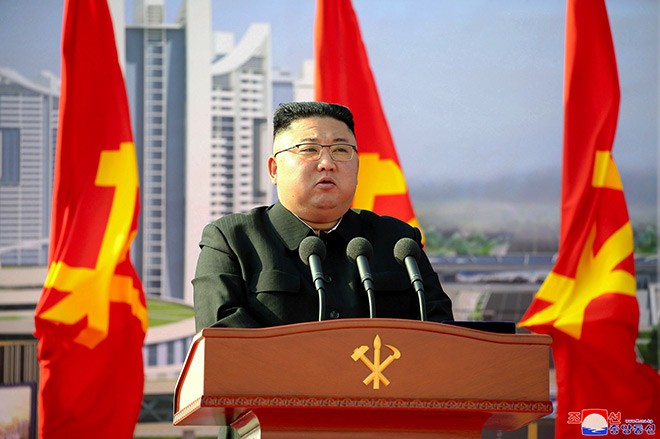 SEOUL—Using sheer volume and even sex appeal, North Korea has ramped up its hacking activities against South Korea to make up for the loss of trade with China due to the novel coronavirus pandemic.

North Korea recently engineered a daily average of about 1.58 million cyberattacks against South Korean government agencies and companies, according to a report compiled by South Korea’s National Intelligence Service in February.

One popular tool used in the attacks is ransomware. Victimized companies end up having their data encrypted by North Korean hackers and face demands for money to decrypt the information.

They have broken into smartphones used by South Korean government workers to steal contact information and messages, and apparently used the data to set up a fake Facebook account of a female government worker.

Men who were taken in by the fake photo of the woman were asked to provide confidential government information.

According to the 2020 national defense white paper released by South Korea, North Korea has about 6,800 workers involved in various hacking activities.

One North Korean defector who had previously taught computer technology at a university in that country said North Korean leader Kim Jong Un issued an order in November 2013 to organize a cyberattack command center on a scale of a military division. Kim’s goal was to have the center possess the world’s most advanced hacking skills within three years.

A major reorganization was carried out centered on the reconnaissance general bureau to carry out the hacking. Various units within the general bureau handle different types of cyberattacks.

For example, Bureau 121 is in charge of destroying intelligence computer systems of enemies, while Unit 91 steals the latest defense technology from foreign nations.

“The most important thing for Kim Jong Un is money,” the defector said. “There are about 180 different locations set up for hacking aces.”

Pyongyang selects young people with mathematical and other skills for education at special institutions.

Another defector who once studied programming at what is now the Pyongyang University of Automation, which comes under the North Korean military, said students with high math skills were gathered from around North Korea to study at the institution.

Those who do well at the university are sent for further training in China and Russia to brush up their programming skills for hacking, the defector said.