EDITORIAL: Energy firms need to lead the way to a carbon-free society 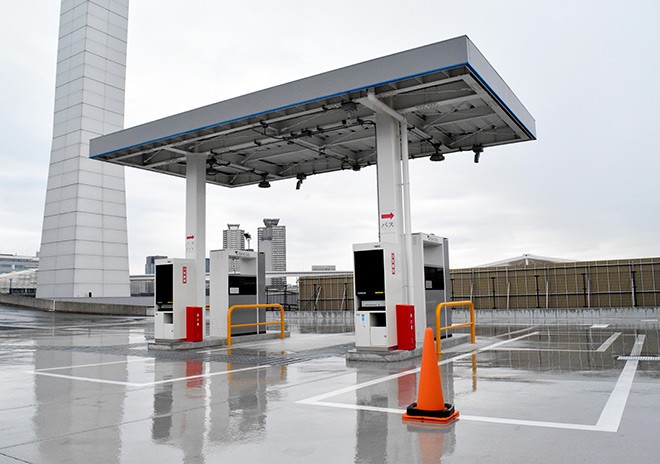 The Suga administration has set a goal of reducing Japan’s greenhouse gas emissions to net zero by 2050 to help overcome the climate crisis.

To achieve the target, energy companies, such as electric and gas utilities and oil companies, need to step up efforts to reduce their carbon footprint.

That is because carbon dioxide emissions due to energy consumption account for 80 percent of the nation’s overall emissions of heat-trapping gasses.

Net zero emissions, or carbon neutrality, means balancing emissions from human activities with those absorbed by forests and other sources.

Tokyo Gas Co. announced in 2019 that it will cut carbon dioxide emissions, including those from its customers, to net zero by 2050. The initiative for the policy came from 30 young employees, many in their 30s.

To ensure the company will be around 30 years down the road, when they will still be working there, the employees thought it would not be enough to pursue plans based on scenarios that can be assumed.

After discussions, the employees concluded that energy companies must set a target year to achieve carbon neutrality and mobilize all technologies possible and presented their argument to President Takashi Uchida.

Tokyo Gas, for example, is working on a system to produce hydrogen at low cost by utilizing household-use fuel-cell technology. Hydrogen, which burns without emitting carbon dioxide, will be turned into methane, the main component of gas supplied to urban households.

The company believes the system can be popularized without significant cost to society because the existing infrastructure, including gas pipes, can be used.

Osaka Gas Co., which has also announced plans to achieve carbon neutrality by 2050, is developing the technology to produce methane effectively without emitting carbon dioxide.

The company plans to carry out a demonstration test of the technology at World Expo 2025, to be held in Osaka and other parts of the Kansai region.

JERA Co., which was created through integration of the thermal power generation divisions of Tokyo Electric Power Co. and Chubu Electric Power Co., aims to achieve carbon neutrality at home and abroad in 2050.

The company has developed commercially viable technology to burn coal with ammonia and hydrogen as a power source to supplement renewable energy, whose output is susceptible to weather and other conditions.

It plans to build a power plant that only burns ammonia and emits no carbon dioxide in the 2040s.

Eneos Holdings Inc., an oil wholesaler, has set a goal of cutting carbon dioxide emissions directly from its operations to net zero by 2040.

To boost the commitment of its management to the goal, the company in June adopted the volume of carbon dioxide reduction as an evaluation criterion for part of its executive compensation.

For decades, energy companies have supported people’s lives and the economy by securing stable energy supplies.

They should realize that they are also responsible for offering effective low-carbon options that allow customers to join efforts to stem global warming.

But it will by no means be easy for energy companies to wean themselves from fossil fuels, which have been a primary source of their profits. The government should provide a catalyst for change through policies.

One promising option is carbon pricing, a mechanism to provide incentives for reducing carbon emissions by putting a price on them.

A carbon tax, for example, will generate a new revenue source, which can be used to support technological developments by energy companies.

There is no shortcut to a carbon-free society. Energy suppliers should lead the way to a cleaner future through steady efforts.