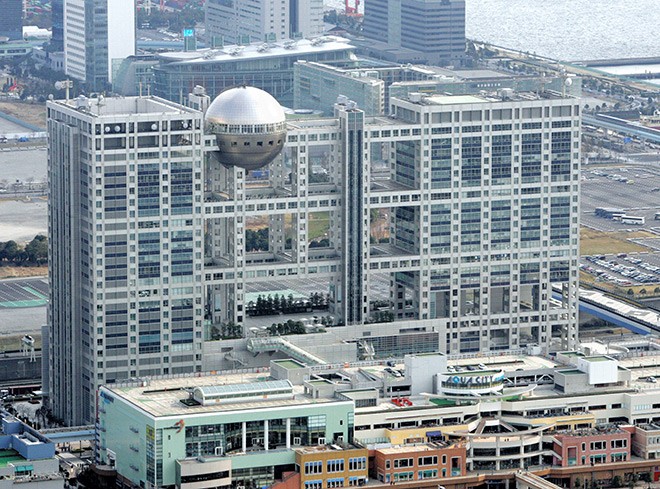 The firm is suspected of breaching the rules for about two years, until September 2014, according to sources.

The company discovered through an internal investigation at the time that it may have temporarily violated the regulations, but did not publicly announce the possible breach.

In an interview with The Asahi Shimbun on April 5, the president of Fuji Media Holdings, Osamu Kanemitsu, admitted to past errors in how the firm handled voting rights on the shareholders’ list and that the company suspected it had broken the rules.

Kanemitsu said the firm did not consult with the telecommunications ministry officially but should have raised the issue with the regulator.

“At that time, we should have announced it,” he said. “We were optimistic.”

He said there have not been any legal problems since the end of September 2014.

Fuji Media Holdings is a certified broadcast holding company under the broadcasting law. However, businesses cannot be certified as such if foreign individuals or foreign companies hold 20 percent or more of the firm’s voting rights. According to the law, the telecommunications ministry must cancel a certification over the violations.

If that occurs, the firm would be slapped with new restrictions, such as not being allowed to own subsidiaries like Fuji TV.

Each subsidiary also receives its own license and certification to operate as a broadcaster in Japan.

Fuji Media Holdings has canceled the voting rights of some of its foreign shareholders at the end of March and the end of September every year based on the law to lower its foreign capital ratio to 19.99 percent.

However, the firm said that in April 2012 it acquired total ownership of a company that had invested in a TV production company based in Tokyo.

The production company owned 5,000 to 10,000 shares of Fuji Media Holdings. It was not supposed to have any voting rights, but it was mistakenly counted and included in the total.

Based on that number, Fuji Media Holdings limited the voting rights of foreign individuals and companies to lower its foreign capital ratio below the 20 percent mark.

The clerical error led Fuji Media Holdings to believe it was under the legal limit when it was, in fact, slightly over.

The firm admitted to erring in how it handled the voting rights as reported on its financial and quarterly reports during this period.

It said it is “reviewing these matters, including the necessity of correction.”