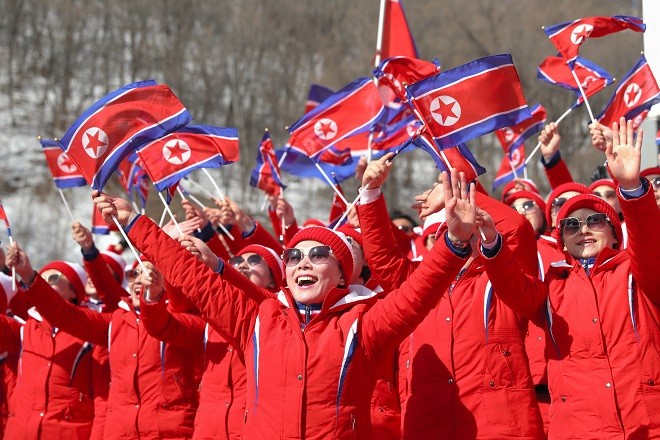 The footage I saw back in February was hard to believe at first.

It shows Russian diplomats and their family members, including small children, and a rail trolley, loaded with suitcases, boxes and a bright red sofa. The adults are pushing it along the railway tracks.

The group was on their way home from North Korea.

There is said to be a steady stream of diplomats from various nations escaping North Korea lately.

Amid dire shortages of basic necessities such as food and medical supplies in the reclusive dictatorship, life has apparently become quite difficult even for foreign diplomats.

The footage also indicates that the COVID-19 pandemic has made it practically impossible to cross the border by traditional means of transportation.

Pyongyang insists nobody has been infected by the novel coronavirus, but there is no proof, of course.

One prevalent view is that Pyongyang is trying to fight the pandemic by rigidly restricting mobility. The distribution of goods has been severely hampered, which, in turn, has aggravated the nation's already dire poverty.

Against this backdrop, North Korea has announced it will not participate in the Tokyo Olympics.

Pyongyang says this is to protect its athletes from the virus. There must be certain diplomatic reasons as well, but I believe the decision also has much to do with North Korea's inadequate health care system.

Incapable of providing even the barest minimum protection to foreign envoys, the nation is obviously in no shape to participate in the Olympics.

Since North Korea has its own issues, I don't think its decision to sit out the Games will trigger a rush to non-participation.

A much more serious matter we should be dwelling on is the current state of affairs in Japan.

Is our health care system really adequate for hosting the Olympics?

Even though our infection numbers are only a fraction of those in the United States and Europe, our health care system is on the verge of collapse.

Osaka Prefecture on April 7 declared a state of medical emergency.

Mass vaccinations have yet to really start, but it will soon be just 100 days until the Opening Ceremony of the Tokyo Olympics.

The nation must discuss in earnest the pros and cons of proceeding with the Games, leaving out any wishful thinking or sentimentality.