Police spent billions for virus care facilities that no one used 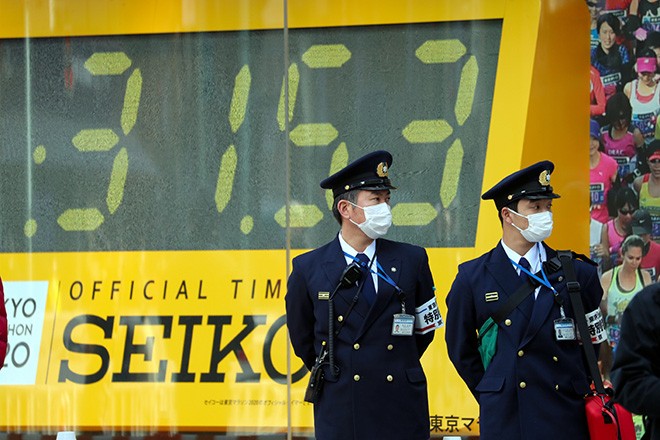 The National Police Agency spent billions of yen on a renovation project to create care facilities in Tokyo for people infected with the novel coronavirus, but not one COVID-19 patient showed up.

The would-be “guests,” those with no or mild symptoms, clearly preferred to recuperate at hotels paid for by the government, according to the metropolitan government.

The NPA originally built the prefabricated lodgings at four locations in the capital’s Edogawa, Koto and Ota wards to accommodate police officers dispatched from around the country to guard the capital during the 2020 Tokyo Olympics.

The buildings were nearly completed by April 2020, when the central government, struggling to effectively contain the virus, announced a policy to use these facilities to take in infected people who were not in serious condition.

The agency hurriedly installed additional bathrooms and toilets in the lodgings. Partitions were erected in large rooms to create multiple private rooms. And spaces to accommodate nurses and other health care workers were also made available.

The renovated facilities could accommodate about 800 patients and medical workers.

The NPA included a total of 4 billion yen ($37 million) for the renovation expenses in the supplementary budget for fiscal 2020. About 3.7 billion yen has been already spent, according to the agency.

After the facilities were never used, the NPA decided to convert them back to their original forms for officers in charge of the security in the capital during the Olympics, which were postponed to this summer.

The two renovation projects together are expected to cost about 4.8 billion yen, sources said.

The NPA said it had planned to return the facilities to their original state for the Olympics even if the rooms were used by COVID-19 patients.

“We are not in a position to talk about making a judgment on whether to use the facilities and how to manage them,” an NPA official said.

According to sources, the agency and the health ministry have agreed that the metropolitan government would be in charge of managing and operating the facilities.

The initial renovation project was conducted on the initiative of the metropolitan government, but the expenses came from the NPA’s budget.

“There were concerns about false rumors and damaged reputations in spring last year, and we did not know if we could secure enough hotels to take in patients with mild symptoms,” a health ministry official said.

A metropolitan government official said: “Hotels run by private companies have much better amenities, and they were better suited to serve as care facilities. That is why we preferred to use hotels.”