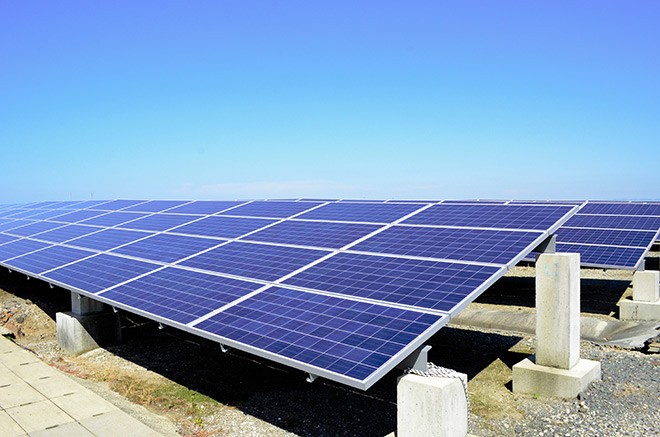 The economy ministry will open a new trading market for renewable energy in November as part of the central government’s efforts to lower carbon emissions.

An official organization will certify that the electricity is generated by renewable energy sources, such as solar and wind power, and companies will be able to purchase the certificate through the new market.

The central government has pledged to achieve net zero emissions of greenhouse gases by 2050, and the Diet passed a revised law to promote global warming countermeasures that clearly sets out the government’s emissions target.

Currently, major electricity companies buy renewable energy from electric power generation businesses based on a feed-in tariff system. The cost is tucked into consumers’ electricity bills. Renewable energy is transmitted together with thermal power and nuclear power, meaning that consumers cannot know how the electricity they use was generated.

The Green Investment Promotion Organization, a group which includes banking institutions, will issue certificates that distinguish energy generated from renewable sources from non-renewable energy, and sell the certificates through the new market.

Part of the income generated from selling the certificates will be spent on purchasing renewable energy, with the aim of reducing the tariff-system costs tucked into electricity bills.

The ministry plans to open the new market exclusively for renewable energy certificates and start work on a test installation in November.

It wants to significantly reduce prices to invigorate the market and facilitate general companies in purchasing renewable energy certificates.

The ministry hopes the market will help increase the number of available price plans that use 100 percent renewable energy--an option that is currently limited.

It believes the new market will make it easier for companies to market themselves as operating businesses that use renewable energy, as decarbonization becomes increasingly important for businesses.

(This article was written by Junichiro Nagasaki and Satoshi Shinden.)