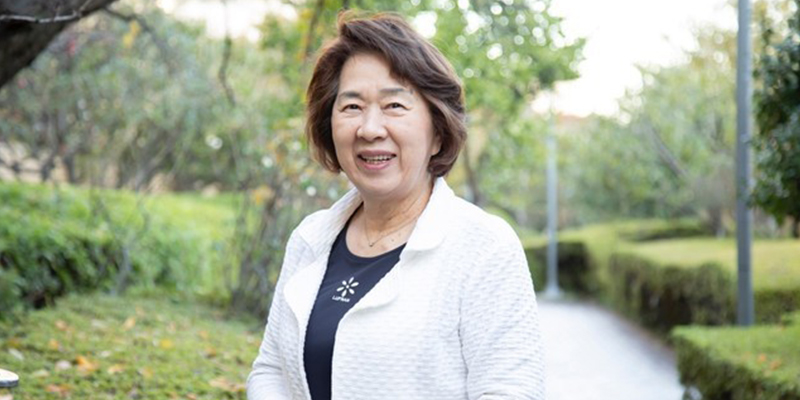 Turning over a new leaf at age 50: A care industry professional speaks about the “appeal of nursing care”

A childhood with no goals

Kataoka was born in Chitose City, Hokkaido. In her high school days, her dream was to become a teacher in the future. This was, however, “just a really vague idea, because back then, I was a child who didn’t hold any ambitions,” she says.

“After graduating from high school, I started working in a clerical position. Following that, I switched jobs and joined Tomakomai Co-op (now Coop Sapporo). There, I was blessed with good superiors, and was able to experience a wide variety of things, such as general office work, tenant management, management of store openings, clothing buyer, and the launch of a travel business.”

However, as Kataoka watched her boss struggle to cope with a mid-career slump, she began to have second thoughts about her own life. What gave her a clue at the time was the advice given to her that with the inevitable increase in the elderly population in the future, it would be wise to keep an eye out for services related to the elderly.

“And that’s why I decided to become certified as a ‘Grade 2 Home Helper’ (assistant care worker). Then, a friend of mine who had been watching my growing interest recommended that I start working at Care Service Tomakomai. Back then, there were growing expectations for elderly people-related services, especially with the introduction of the public long-term care insurance system. I didn’t dwell on my decision, but entered the care industry simply because I was offered a position.”

Entering the care industry at the age of 50: Passionately working to the top

Kataoka, who made a career change from a different industry, applied her skills and experiences gained from her previous work and succeeded in acquiring clients one after another.

“The welfare industry at that time didn't pursue the concept of revenue or sales marketing, but I proactively made sales calls. I would visit households where elderly people lived and talk to them enthusiastically. In doing so, it became apparent that many of the elderly were not even aware of the long-term care insurance system, and they would listen to me in earnest. As a result, 80% of the elderly people that I talked to registered themselves as facility users.”

Kataoka was appointed as a board member a mere five years after joining the company. This was a remarkable career progression. However, she entered the care industry at the age of 50. Did she not have any qualms about turning over a new leaf in midlife?

“I’d be lying if I said I wasn’t worried at all, but I think I was brimming with vitality back then. I was prepared to do anything in order to survive. And generally speaking, the users of the services of the care industry, in which I chose to pursue a career, were older than me at that time. So, I thought that this was a job that I could continue for many years, and I’m probably lucky that I’m still active on the forefront. All that I’ve really been doing is to tackle the work in front of me, head-on.”

Whatever Kataoka does, she does her very best. There is an episode in her life that gives us a glimpse of this approach. “Shortly after I started working in the care industry, I enrolled in the Correspondence Course at Nihon Fukushi University when I was around 52 years old. I regretted not having attended university. During the one-month schooling period, I would arrive in Tokyo on Friday evenings, attend classes for two days, and then would fly back to Hokkaido on the last flight out on Sunday. I was somehow able to graduate in 4 years.”

To begin with, she laughs, “I regret spending my days off idly.” After graduating from university, she continued to plow her way through vigorous activities, while also actively participating in seminars held in Tokyo on her days off during her tenure as the director of an intensive care home for the elderly. Partly because Kataoka made many friends at these seminars, she decided to move from Hokkaido to the Tokyo metropolitan area. This was in 2017. From the summer of 2017, she started working as the director of “La Festa Yoshikawa,” a housing facility with nursing care and meal services for the elderly.

“However, I was often disoriented by the different environment. When I was working in Hokkaido, the entire facility was involved in end-of-life care of residents, but it was difficult for this approach to be widely accepted at my new workplace. If someone passed away, they would be taken to a funeral home without letting the other residents know. But that isn’t right. A person’s death shouldn’t be concealed, and the person should be given a cheerful farewell in appreciation of his/her life. I think that we’ve finally reached the stage where the facility staff have also come to understand this approach.”

A new career start in 2020: The challenge continues

Watching Kataoka, there is a feeling that she has no hesitation in taking on new challenges, regardless of her maturing age. What is the source of that motivation…?

“I think it is being appreciated and receiving gratitude. In the care worker profession, the temperament and character of the care worker are always being judged. And that’s why being appreciated by the residents or their family members leads to motivation. In fact, many care workers are motivated in their work for this reason. But in order to do so, it’s important to respect the residents, because first off, they are wiser and more experienced in life.”

There is also something else that Kataoka values.

“It's about trying to get to ‘know’ the residents. Of course, there are limitations, and you can still provide care for them without gaining insight. But by knowing what journeys through life they have traveled, it would surely increase the depth of care and emotional attachment. Dr. Nobuhiko Sato, the founder of the ‘Monogatari Clinic’ (narrative clinic) in Tonami City, Toyama Prefecture, often says, ‘Is there anything you’ve left undone, left unsaid, left uneaten.’ I always keep this phrase in mind, and while caring for the residents, I try my best to make each and every one of their wishes come true. It’s not easy, given the various limitations at the facility.”

Kataoka changed careers to enter the nursing care industry at the age of 50, and has since continued her activities with full vitality. Even now, at the age of 70, her dreams know no bounds.

“I'm planning to take on a new challenge in 2020 to achieve that which I truly want to happen. Considering my age, I think that this is going to be my last job. And because of that, I want to make my dream come true in an environment where there is a shared philosophy. I’m already looking forward to finding out what I can accomplish.”

Kataoka's challenge is far from over. 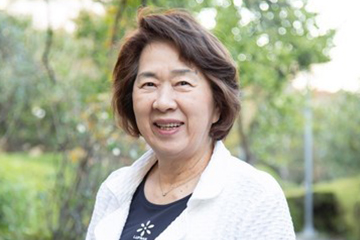