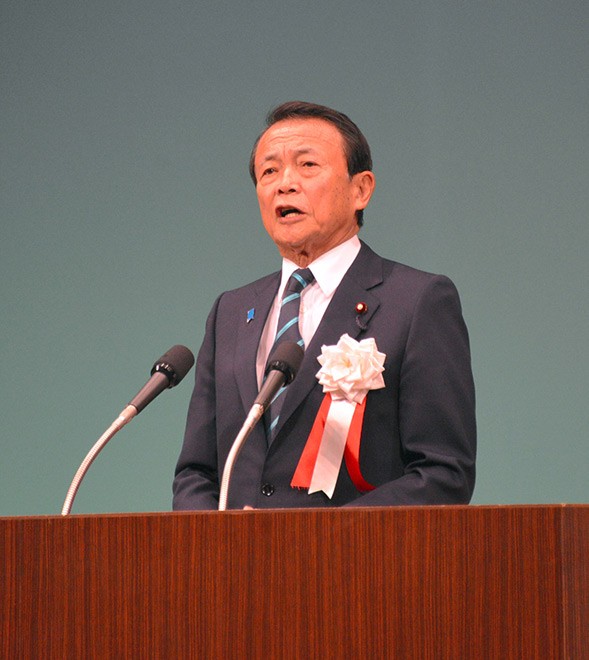 Finance Minister Taro Aso on Jan. 14 sort of apologized for saying Japan has been a single-race nation for more than two millennia, a remark that ignored the existence of the Ainu people and other ethnic groups.

His remark also conflicted with the government’s policy, approved by the Cabinet in September, to make efforts to support the Ainu people and eradicate discrimination against them.

“If my remarks caused a misunderstanding, I apologize and will correct them” Aso said after a Cabinet meeting in Tokyo. “I have no intention of denying the government’s policy.”

After more than a century of forced assimilation and discrimination, the Ainu people were finally recognized as indigenous under legislation enacted in May 2019.

But Aso apparently forgot about that legislation when he gave a speech at a Jan. 13 meeting with his supporters in his electoral turf of Nogata, Fukuoka Prefecture.

“There is no other nation but (Japan) where a single race has spoken a single language at a single location and maintained a single dynasty with a single emperor for over 2,000 years,” said Aso, who is also deputy prime minister. “It is a great nation.”

Aso also brought up the Japanese team’s impressive performance at the Rugby World Cup last year, saying, “As it turned out, Japan became ‘one team’ by mixing various nations.”

He made the same “single-race nation” remarks at another meeting held in Iizuka, Fukuoka Prefecture, on the same day.

In 2005, Aso, who was then minister of public management, home affairs, posts and telecommunications, made very similar statements, which drew protests from the Hokkaido Utari Association, now the Ainu Association of Hokkaido.

Chief Cabinet Secretary Yoshihide Suga on Jan. 14 said of Aso’s latest remarks: “I heard that (he) has no intention of denying the government’s policy concerning the Ainu people.”