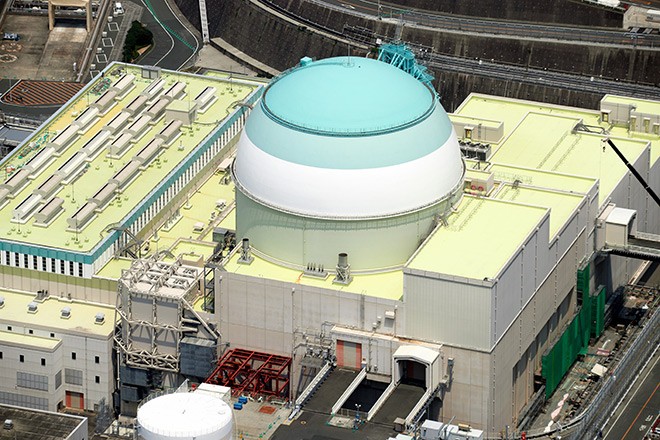 As it has yet to be decided how to ultimately dispose of the fuel, which is a mix of plutonium and uranium, it will be stored temporarily in pools on the premises.

The removal work, which started at 9 p.m. on Jan. 13, was scheduled to begin at 12 a.m. the same day. However, during preparatory work the previous day, workers mistakenly removed a control rod that was aimed to curb nuclear fission reactions, and the operation was delayed for safety confirmation.

Nuclear power plants typically make use of uranium fuel. To make MOX, plutonium is extracted from spent uranium fuel and then reprocessed.

The central government has been promoting pluthermal power generation, as it makes effective use of uranium imported by Japan. However, there are concerns about the risks of storing spent MOX fuel, as it generates more heat than spent uranium fuel.

Kenichi Oshima, leader of the Citizens’ Commission on Nuclear Energy and a professor at Ryukoku University specializing in environmental economics, said: “Storing spent MOX fuel at a nuclear power plant temporarily means that it could be there indefinitely.

“As it has been evaluated that costs are lower if spent uranium fuel is disposed of as is, reprocessing spent MOX fuel is meaningless, even in terms of cost. Pluthermal power generation effectively lost its purpose of use."

(This article was written by Mihoko Terada and Ryuta Kameoka.)