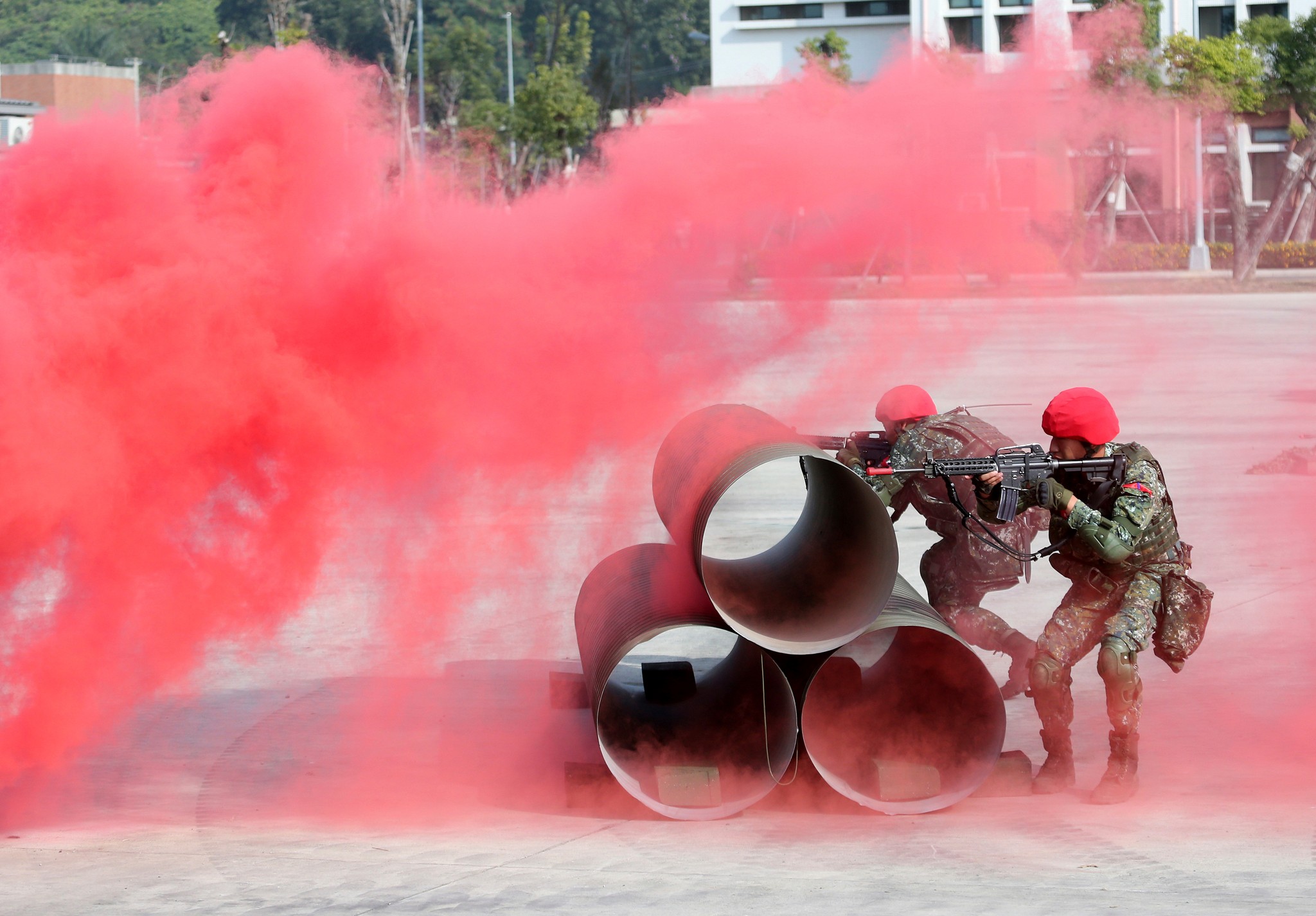 Two soldiers of a fictitious enemy fire during a military exercise in Kaohsiung, southern Taiwan, on Jan. 15. (AP Photo)

The exercises focused on of neutralizing the threat from small groups of assailants through small arms fire and hand-to-hand fighting.

As in all such drills, the assumed enemy is the military of China, which claims Taiwan as its own territory to be brought under its control by force if need be.

Other exercises earlier in the week featured Taiwan’s air force, which is undergoing a major upgrade with the acquisition of the latest version of U.S. F-16 fighters and other advanced technology.

China has an overwhelming advantage in numbers of aircraft, ships and missiles with which it threatens Taiwan, prompting the island to upgrade its defenses with high-technology solutions.

Any attack would also likely draw in the United States, which is legally obligated to consider threats to the island’s security as a matter of “grave concern.”

China’s strategies toward wresting control over Taiwan are believed to include using special forces to seize key military, political and economic infrastructure sites, while degrading the island’s defenses with aerial bombing and missile attacks.

Even on non-election years, Taiwan’s military generally holds exercises in midwinter to show its preparedness to defend the island over the Lunar New Year festival, which this year begins on Jan. 25.