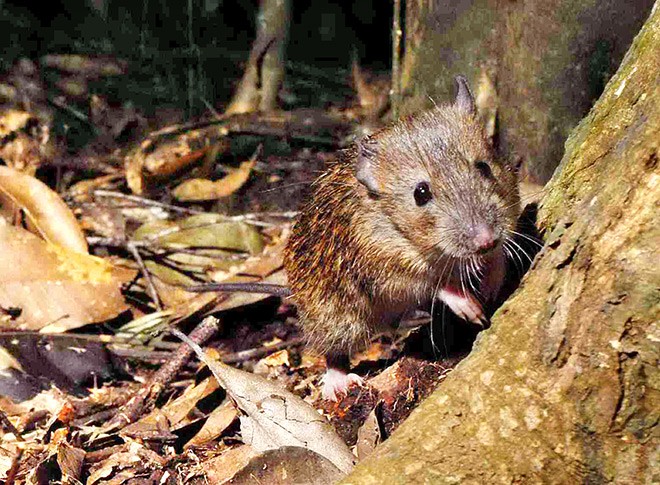 Cats that went feral are posing an additional threat to the Okinawa spiny rat and other rare and endangered species in the northern part of Okinawa's main island, experts say.

Researchers blamed felines abandoned by their owners, noting that cats are not indigenous to the area.

The finding was based on an analysis of cat fecal matter. The research was mainly carried out by the University of the Ryukyus and the National Institute for Environmental Studies.

To gauge the impact of the feral cat presence, team members collected fecal matter in a forest in the northern part of the village between 2017 and 2018 to look for traces of tissue from endangered species.

Of the 36 fecal samples, 17 percent contained long-haired rat tissue. The endangered rodents are endemic to the Ryukyu Islands, including Okinawa Prefecture. Three percent of the samples contained the feathers of Okinawa rails, another endangered species.

A fecal sample from the village in 2018 contained hair from an Okinawa spiny rat and a long-haired rat as well as feathers of the endangered Okinawa woodpecker.

“Cats that went feral and those fed by people or which scavenge food from garbage are believed to have gone hunting in the mountains to prey on (rare species),” said Masako Izawa, a professor of animal ecology at the University of the Ryukyus.

The team is calling on cat owners not to abandon their pets and make sure they are neutered to contain the problem.