Principals to get ‘cash reward’ for higher student scores in Osaka 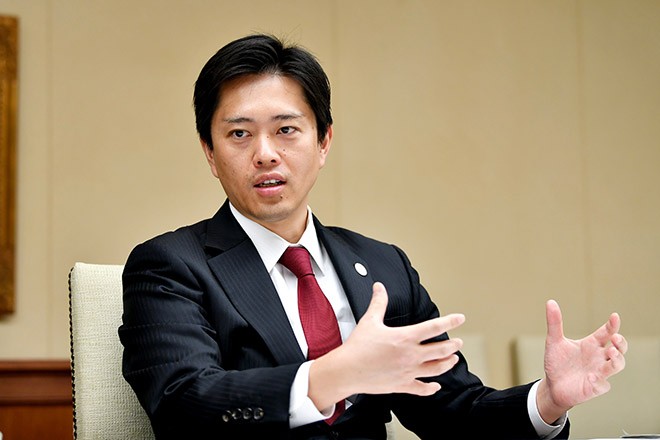 OSAKA--Education officials here are hoping to improve students' academic performances by offering a bit of incentive to the principals of their schools--cold hard cash.

The city's board of education plans to use students' test results to partly determine its evaluations of heads of municipal elementary and junior high school starting in fiscal 2019. The reviews will be used to determine bonus payments and salary increases from the following year.

Osaka ranked at the bottom of all 20 government-designated large cities for the second year in a row on a national review of academic ability conducted by the education ministry.

A draft of the new system, prepared by the board at the initiative of Osaka Mayor Hirofumi Yoshimura, was presented at a meeting of the city's comprehensive education council on Jan. 29.

The results of two annual tests--a municipal test for third to sixth graders at elementary schools and a prefectural test for junior high school students--will be used for the evaluations.

Student achievements will be reflected in 20 percent of the evaluations of principals.

A special annual budget of 160 million yen ($1.46 million) will be allocated to encourage competition among about 420 municipal elementary and junior high schools from fiscal 2020.

Under the initiative, the more growth students show on the tests, the greater the portion of the budget the school will receive.

Yoshimura had expressed in August last year his policy to introduce a system where student test results would be reflected in teacher reviews out of a sense of crisis, citing Osaka's poor performances on the nationwide test.

However, some are not optimistic about the performance-for-money plan.

A 38-year-old female company employee whose eldest son attends a municipal elementary school in Osaka, said, “It will be problematic if teachers focus on near-term academic results because the effects of education should be evaluated over the long term."

Naoki Ogi, an education expert and popular TV commentator, echoed the sentiment, arguing that it is shortsighted to think that academic performance can be improved through competition.

“Whether academic abilities can be improved partly depends on whether a school environment is free from bullying and students can study without feeling anxiety," he said.

Referring to Osaka education officials, he added, "They have not sufficiently analyzed why student performances remain poor and what should be done to improve the situation."