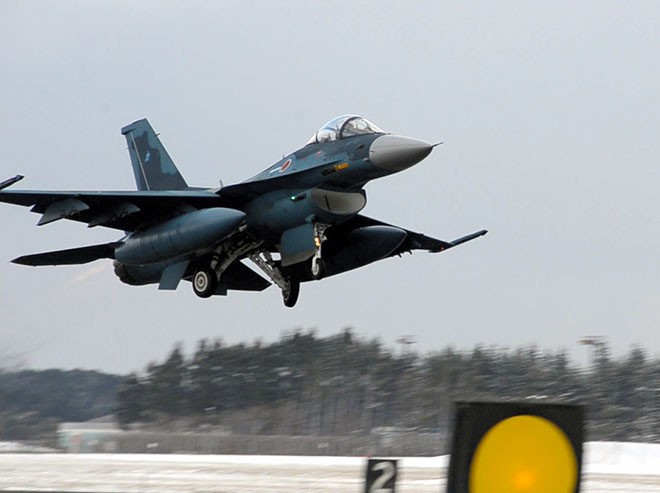 Two Air Self-Defense Force crew members were rescued after their F-2B fighter disappeared from radar and crashed into waters off Yamaguchi Prefecture on Feb. 20, the Defense Ministry said.

An ASDF aircraft found the crew members conscious in the Sea of Japan about 130 kilometers northeast of the ASDF’s Tsuiki Air Base in Fukuoka Prefecture, where the fighter was stationed, ministry officials said.

Around 17 minutes later, the ASDF aircraft found a life-saving boat and traces of oil in the area of the crash site.

One of the crew members in the water alerted rescuers by activating a smoke canister. The other member was seen waving his hand. By 11 a.m., they were pulled from the water.

The F-2B fighter left the base around 8:50 a.m. and was engaged in training with two other aircraft.

The Air Staff Office’s investigation panel is looking into the cause of the accident.

In November, two F-2A fighters stationed at the Tsuiki Air Base clipped each other in a training area off Nagasaki Prefecture.