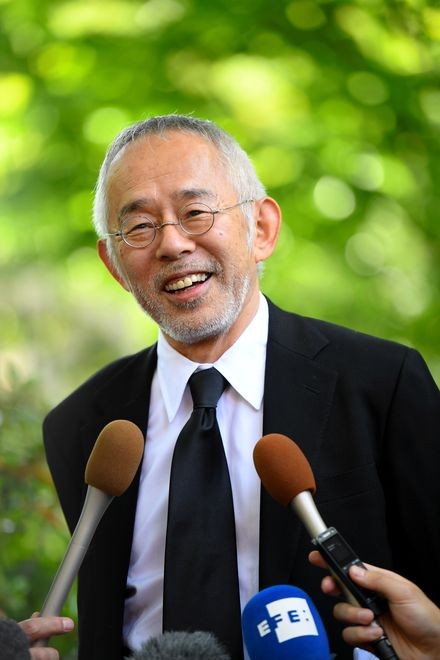 Calligraphy by Studio Ghibli Inc. producer Toshio Suzuki, behind many of the studio's masterpieces, is the focus of an upcoming Tokyo exhibition.

“Suzuki Toshio to Ghibli-ten” (Exhibition of Toshio Suzuki and Ghibli), which includes some of Suzuki's illustrations and personal messages from the acclaimed artist to future generations, will be held at the Edocco culture hall at Kanda Myojin shrine from April 20 to May 12.

Original goods produced in collaboration with the shrine will be for sale at the show, an upgraded version of “Studio Ghibli: Suzuki Toshio Kotoba no Maho-ten” (Exhibition of magical words), held in 2017 and 2018.

Production materials from Ghibli films will be displayed to shed light on Suzuki’s entire career and the secrets of the studio.

For decades, Suzuki has helped directors realize their ideas, deeply involving himself in projects from their inception to the final script to convey the world of Ghibli films to a wide audience.

Since meeting anime masters Isao Takahata and Hayao Miyazaki about 40 years ago, Suzuki went on to produce many of Ghibli's top hits, including “Nausicaa of the Valley of the Wind,” “Spirited Away,” “The Wind Rises” and “The Tale of the Princess Kaguya.”

For detailed information, visit the official website at (https://ghibli-suzuki.com/).