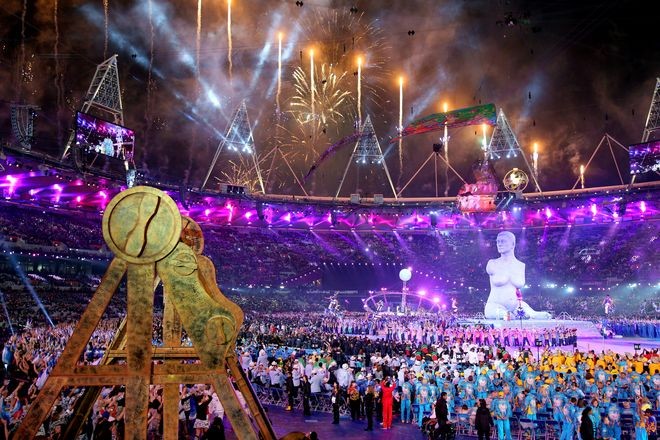 Editor’s note: This is the last of a two-part series on preparations toward the 2020 Tokyo Olympics and Paralympics.

Global interest in the Paralympics has soared, but many disabled people are fed up with promotional materials that compare them with “superhuman” athletes and feel the sports extravaganza has moved beyond their daily lives.

One example was a poster commissioned by the Tokyo metropolitan government to build up enthusiasm for the 2020 Tokyo Paralympics.

The poster, displayed in various parts of the capital from last October, featured 23 Paralympic athletes and quotes about their feelings toward their respective sports.

One quote said: “A disability is nothing but an excuse. If I lose, it is because I am weak.”

A 40-year-old man who works at a university saw the poster at a train station and tweeted, “Does that mean that if a disabled person is employed by the Tokyo metropolitan government and is unable to accomplish a task due to his or her disability, that person’s superior can say, ‘That’s just an excuse.’”

That tweet was heavily retweeted, including by a noted columnist.

Although the athlete’s quote was not intended to be directed at others, some said it reflected a general feeling that disabled people who did nothing were simply not making their best effort.

Others marveled at the athletes who overcame their disabilities, but they expressed doubts on whether that goal should be forced on all disabled people.

Four days after the initial tweet, the Tokyo metropolitan government decided to withdraw the poster on grounds there were inappropriate elements regarding the design and how the poster was displayed.

The first tweeter was diagnosed with schizophrenia at 21. He has held a number of jobs but found difficulty in getting his colleagues to accept his disability.

He also felt that his colleagues had low expectations for his job performance.

“Although I was trying to do my best, it was troubling to me because I felt the poster was blaming me for those things I could not do,” the man said.

Some experts say the Paralympics at one time displayed the diversity that existed among disabled people, but more recently it has served to make disabled individuals less visible to the public.

The 2012 London Paralympics demonstrated the tremendous appeal of the event. A record 2.7 million tickets to the various events were sold, and the Paralympics was considered a success story.

TV ads during the London Paralympics showed how the athletes overcame their disabilities and called on spectators to go out and observe these “superhuman” competitors.

A British government survey found that 81 percent of the general public thought the London Paralympics had a positive effect on their overall assessment of disabled people.

But a private-sector survey of disabled people found a completely different result.

When asked how they thought they were viewed by the general population a year after the Paralympics, 59 percent of respondents said there was no change in their assessment, while 22 percent said it had worsened.

The co-innovation laboratory based in Tokyo studied the effects on society of the London and Rio de Janeiro Paralympics of 2016.

“The Paralympics is a special event for those with exceptional talent and has moved further away from ordinary disabled people,” Daisuke Hashimoto, who heads the organization, said.

In February 2018, when the Tokyo-based Nippon Foundation Paralympic Support Center updated its website, it revised the title of a page from “a special on superhumans” to “super athletes of the world.”

The change was made over concerns that Paralympic athletes were increasingly becoming a distant existence to the general disabled population.

A primary principle of the Paralympics is to create a better world for all disabled people, and many agree that the games have fulfilled that role.

But most of the events are for athletes with physical and visual disabilities who have generally lost only some of their physical functions.

“Thanks to the accomplishments of the athletes, more children have taken up swimming,” said Eiko Oikawa, 81, vice chairwoman of the Japan Swimming Federation for Persons with an Intellectual Disability. “But there has not been a spread of understanding about intellectual disabilities per se, in comparison to physical disabilities.”

The International Paralympic Committee is aware of the need to change the games to allow for a more diverse range of disabilities.

A record 540 events in 22 sports will be held at the Tokyo Paralympics, but the IPC has set up a task force to consider increasing the number at the following Paralympics for those with more severe disabilities.

(This article was written by Hiroko Saito and Issei Sakakibara.)