EDITORIAL: Tokyo must do its best for proactive diplomacy with Beijing 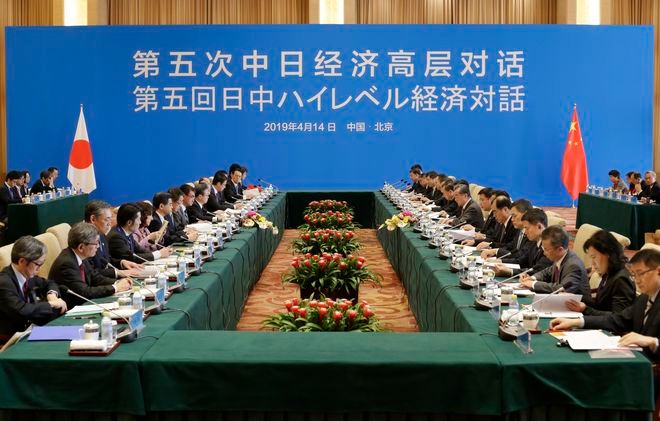 As Japan and China continue to maintain open dialogue, we hope their improving relationship will develop into one of genuine mutual benefit.

This type of meeting began in 2007, but was repeatedly suspended while relations between Japan and China deteriorated. In fact, dialogue was only resumed last year, and the latest round in Beijing was the fifth in the series.

Chinese Foreign Minister Wang Yi noted that the bilateral relationship was "back on normal track." We agree that the level of dialogue is finally back to where it should be.

Both partners must try to keep the momentum going, especially since this year presents multiple opportunities for dramatic improvement of the relationship.

Osaka will host a G-20 summit in June, and Chinese President Xi Jinping is expected to attend. If he does come, it will be the first visit to Japan by a Chinese leader since Hu Jintao's visit in 2010.

For nations with the world's second- and third-largest economies, who also happen to be neighbors, such a long lapse of mutual visits by their leaders is certainly not normal. Tokyo and Beijing must not repeat the mistake of letting politics hinder the expansion of economic and cultural exchanges.

Tokyo is sounding out Beijing on the possibility of Xi visiting Japan again as early as this autumn. And Prime Minister Shinzo Abe will be visiting China this year, if China hosts a Japan-China-South Korea summit as scheduled.

Needless to say, Japan and China have many problems that cannot be resolved overnight. Of particular concern are China's forceful moves in the South China Sea and the East China Sea where the disputed Senkaku Islands are located.

Moreover, tensions have been mounting lately between China and the United States, with U.S. President Donald Trump demanding that Beijing rectify its trade imbalance with Washington. And Trump is also hardening his stance against China on security issues.

These tensions cast a shadow on the latest round of Japan-China dialogue.

The meeting provided a glimpse into what Japan must deal with over the long term, namely, the difficult task of remaining in alliance with the United States while building a new, constructive relationship with China.

China and the United States continue to lock horns, each determined to prioritize their own national interest. And Japan, caught in the middle, must never deviate from the principles of multilateralism and the rule of law.

Japan should urge China to seek sustained economic growth by restructuring its economic system, and also tell Beijing straight up that its arms expansion policy and handling of human rights issues are unacceptable.

On matters regarding North Korea, Japan and China can certainly discuss their shared interest in stabilizing the Korean Peninsula.

Japan is being tested on its ability to conduct proactive diplomacy. It just won't do to remain passive in the face of twists and turns in Washington-Beijing relations.