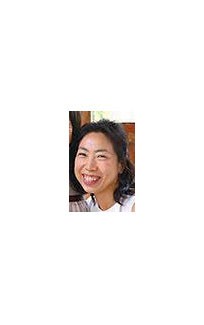 Kaori Takahashi was always proud of her two young children and longed to watch them grow up healthy and happy.

But that dream was shattered on April 21, when Takahashi was killed in bomb attack while eating breakfast with her family at a hotel restaurant in Colombo, Sri Lanka.

The 39-year-old Japanese woman was among the hundreds who died in the series of Easter Sunday terrorist bombings at churches and hotels, which injured more than 500 people in the central Asian island nation.

Her husband, 39, who is a chef in the city, and one of the children were reportedly wounded in the attack.

Takahashi and her husband started living in Sri Lanka in 2015 after she completed graduate school in Tokyo.

Their daughter is 4, and their son was born last year.

Takahashi’s comments on Facebook were filled with joy about raising her two children.

Celebrating her daughter’s second birthday in 2016, Takahashi posted: “Every day, there are more things my daughter becomes able to do. I have plenty of funny stories about her words and actions.”

One post summed up what she wanted out of life: “I wish all of my family members can live happily and healthy every day.”

The husband, who was once a chef at the Japanese ambassador’s residence in Sri Lanka, has been working at a Japanese cuisine restaurant in a business district in Colombo since 2016.

The restaurant is a popular lunch destination among people who work in the area, according to a Japanese government official who lived in Colombo until last year.

“I was stunned when I watched the news on TV because I heard that they would return to Japan in May,” said a man in his 70s in Tokyo who knew the couple well.

He said they always offered pleasant greetings when he met them.

“I am just speechless, considering her children who are left behind,” he said. “They are still so young.”

The hotel restaurant where Takahashi was killed is often used by Japanese expats in the area. It is located in a popular public sightseeing spot that was believed to be safe and well-maintained.

Many Japanese companies have started doing business in Sri Lanka since the decades-long civil war ended 10 years ago.