Princess Aiko turns 18 after watching rituals of her parents

Emperor Naruhito chats with his daughter, Princess Aiko, over a map of Africa. (Provided by the Imperial Household Agency) 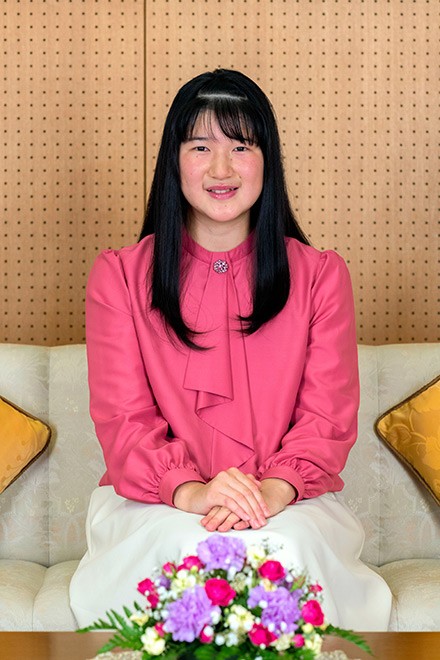 Princess Aiko at the Akasaka Imperial Residence in Tokyo on Nov. 25 ahead of her 18th birthday on Dec. 1 (Provided by the Imperial Household Agency)

Princess Aiko, the only child of Emperor Naruhito and Empress Masako, turned 18 on Dec. 1 and is currently studying hard to prepare for her university education.

Aiko, a third-year student at Gakushuin Girls’ Senior High School, was ineligible to attend the ceremonies and rites related to her father’s ascension to the Chrysanthemum Throne since May 1 because she is a minor, according to the Imperial Household Agency.

But the princess followed TV and newspaper coverage of all related events, including the Oct. 22 Sokuirei-Seiden-no-Gi ceremony in which Naruhito announced his enthronement to domestic and foreign audiences.

On Oct. 22, Aiko saw off her parents at the family’s Akasaka Imperial Residence as they headed to the Imperial Palace for the many rites held that day. She greeted them whenever they returned home.

The princess loves sports and often plays basketball after school and on holidays. She also takes care of the family’s dog and two cats.

Aiko often shares her school experiences with her parents, and, depending on the subject, either Naruhito or Masako gives advice to the princess.