Former trainee in Japan among 39 victims found in British truck 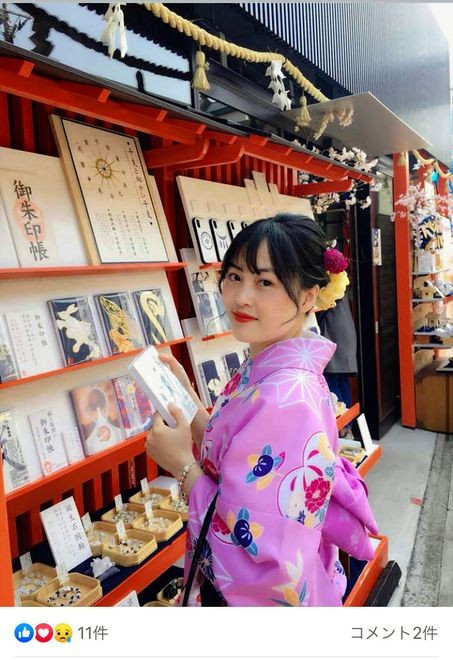 A young Vietnamese woman who once worked in Japan as a foreign technical trainee was one of the 39 people who suffocated to death in the back of a truck while trying to be smuggled into Britain.

British police identified the victim as 26-year-old Pham Thi Tra My. The other victims, male and female aged 15 to 44, were discovered in the freight container of a tractor-trailer truck parked near a harbor in Purfleet outside London on Oct. 23.

Tra My's family last heard from her on Oct. 21, when she sent a message to her mother using a communications app saying, “I can't breathe and feel sorry for my father and mother.”

She spent three years in Japan as a trainee at a plant making ready-made foods, according to her parents, and only returned to Vietnam in June. Her Facebook account includes photos of Mount Fuji, cherry blossoms and kimono.

Tra My went to Britain to find work as a nail technician to cover a sibling’s car loan and other living costs chalked up by relatives, family members said.

Police said the vehicle used in the smuggling operation left from the port of Bruges in Belgium for eastern England. The truck was found abandoned in the county of Essex.

British media noted that the sealed container was refrigerated and its temperature could drop to minus 25 degrees.

Britain is a notoriously difficult destination for foreign nationals seeking to work legally.

Many Vietnamese, as well as other nationalities, are often led on by brokers who promise to find high-paying positions in return for large sums of cash.

The initial plan was for the Vietnamese to transit in China and then go to France. The supposed price for this was 2.39 million yen ($22,000), although British media said the family paid 4.2 million yen, which apparently included getting Tra My to Britain.

At her family home in Can Loc, Ha Tinh Province, 330 kilometers south of Hanoi, a memorial picture of Tra My is proudly displayed in a small altar.

Family members told The Asahi Shimbun they took out a bank loan to cover the cost of Tra My's trip to Britain, using a relative's property as collateral.

Tra My's father said details of how his daughter would get to her destination were never made clear to him.

“I would not have allowed Tra My to leave if I had known she would be going in a shipping container,” her father said.

Traveling overseas in the hope of finding high-paying jobs is widespread in certain regions of Vietnam.

Do Thanh in Nghe An Province, known as the “billionaire village,” is lined with impressive residences built based on money earned in South Korea, Japan and Europe.

Many of the victims found in the truck in Britain were reportedly from the village.

One of them was Nguyen Dinh Tu, who was 26 and married with two children. He commissioned a new home in 2018. Because he had to borrow 5 million yen to fund the construction, he opted to go abroad for better employment to pay off his debt.

His 70-year-old father, Sat, said a neighbor who slipped into Britain in a container told him “cellphones, money and IDs were taken away when passengers climbed into the container of a tractor-trailer truck, though they were returned after arriving at our destination.”

The method is apparently commonly used.

Vietnam's average annual per capital income is a paltry 282,000 yen, statistics show. Although the nation's annual economic growth is between 6 and 8 percent, the figure for Nghe An Province is only two-thirds of that.

While Vietnam has a vibrant and growing middle class, Nghe An Province and other north-central areas have few job opportunities outside of farming, the primary means of survival for the 96 million population.

Nguyen Xuan Hoa, 60, a priest in Ha Tinh Province, said one of the victims of the horrific incident in Britain was a man in his 20s who worshiped at his church.

“Some people believe they can easily earn lots of money overseas,” the priest said. “People aren't rewarded for graduating from prestigious schools, as there are few job opportunities. What's essential is to root out the sense of unfairness among people in farming areas.”

According to Vietnamese government statistics, 142,860 workers went abroad through formal channels in 2018, up 6 percent from the previous year, and topping 100,000 for five years in a row.

Many Vietnamese used to go to East Germany, the Czech Republic and other Eastern Europe nations, as well as Russia. But nowadays, countries and regions in East Asia are more popular because of dire labor shortages there.

Vietnamese workers are in high demand in countries suffering from a labor crunch because they work for relatively low wages and are regarded as hard working and dextrous.

Reports have emerged that some Vietnamese smuggle themselves into Britain in the hope of high earnings through illegal activities, such as getting involved in drug production.

(This article was written by Akiko Suzuki in Ha Tinh Province and Kayoko Geji in London.)