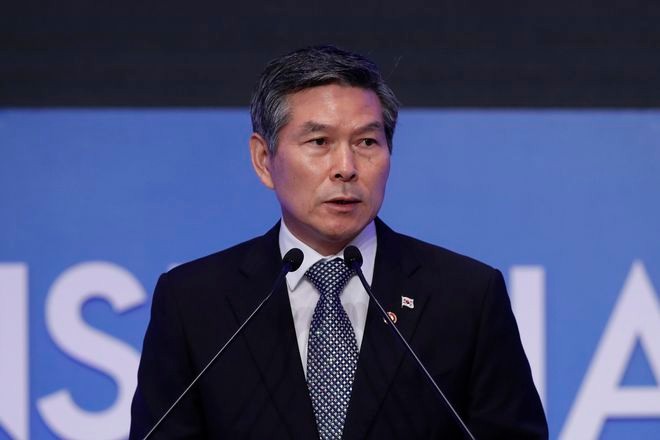 SEOUL--South Korea's defense minister said Tuesday that North Korea's recent unspecified test at a rocket liftoff site was of a rocket engine, amid speculation the North was making preliminary steps toward a prohibited long-range rocket launch.

Defense Minister Jeong Kyeong-doo said during a visit to Sydney that Seoul expressed its “deep concerns” over the engine test and North Korea’s recent ballistic missile launches into the sea, according to his office in Seoul.

It was the first official outside assessment of what North Korea called “a very important test” at its Tongchang-ri rocket launch site. The North’s Academy of National Defense Science said Sunday the test will have “an important effect on changing the strategic position” of North Korea.

Jeong didn’t elaborate on what the engine test was for but urged North Korea to stop “acts that escalate military tensions."

Many experts say the reported test indicates North Korea is preparing to launch a satellite-carrying rocket in a disguised test of long-range missile technology amid faltering U.S.-led diplomacy on ending the North Korean nuclear crisis.

Experts say North Korea will likely opt for a satellite liftoff, instead of an ICBM launch, because it can repeat its argument that it has a sovereign right to a peaceful space development and draw support from China and Russia. Also, U.S. President Donald Trump has touted the North’s moratorium on ICBM and nuclear tests as his major foreign policy achievement.

In past months, North Korea launched a slew of short-range missiles and other weapons off its east coast into the sea. South Korea and parts of Japan would be within the range of those weapons, which don't pose a direct threat to the mainland United States.