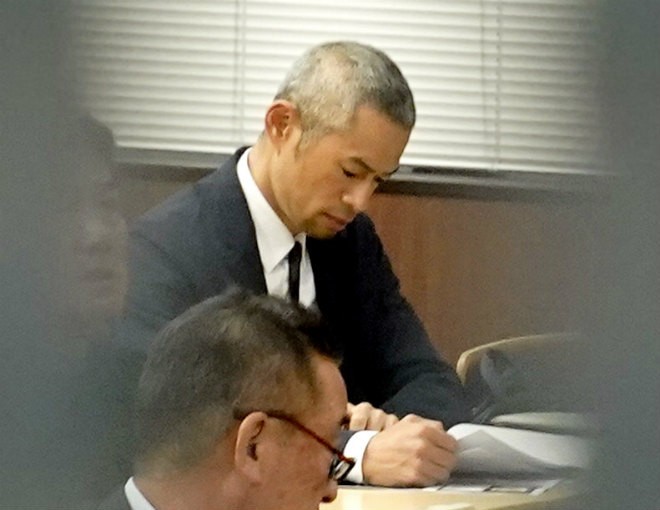 Ichiro Suzuki listens to a lecture given in Tokyo on Dec. 13 for retired pro baseball players and others interested in gaining a qualification to coach amateur players. (Ryo Ikeda)

Baseball superstar Ichiro Suzuki has gone back to school, to "learn" how to coach amateur players in Japan.

Despite his fame on the field, Ichiro is obliged to attend a series of lectures if he wants to follow his post-retirement dream of coaching young players.

But there has been a detente of sorts in recent years, and now not only retired pro players but even employees still working for pro franchises can apply for the qualification to coach amateur players.

Ichiro, 46, retired from the Seattle Mariners this spring and is now a special assistant to the team chairman as well as an instructor for the Mariners.

But on Dec. 13, he was among 127 individuals who attended the start of a three-day lecture session in Tokyo to learn what is involved in being a coach.

Others who attended the session said Ichiro diligently took notes during the first lecture.

The Japan Student Baseball Association will evaluate the applicants on Feb. 7. Given that it seems unthinkable that Ichiro will not pass the course with flying colors, he and the other candidates will be able to coach amateur ballplayers in Japan from the following day.

At his retirement news conference in March, Ichiro indicated he was interested in coaching young players, be they in elementary school or university.

There are strong indications that he will be allowed to begin coaching without giving up his positions with the Mariners. In principle, those wanting to coach amateur players in Japan are asked to leave their pro teams, even if the team is based outside Japan.

After Ichiro applied to receive the qualification to coach amateurs, officials of the student and professional baseball associations met and agreed that an exception would be made for Ichiro if he indicated the period when he would not be working for the Mariners.

He would then be allowed to coach during that period.

One reason for the exception is that it was acknowledged by both sides that Ichiro was not tasked with scouting and signing amateur players for the Mariners.

Others who have played in Major League Baseball have gone on to coach amateur teams in Japan.

Satoru Komiyama, who once pitched for the New York Mets, now is head coach of the Waseda University team in Tokyo.