ANIME NEWS: First ‘Doraemon’ comic in 23 years has 6 versions of the 1st episode 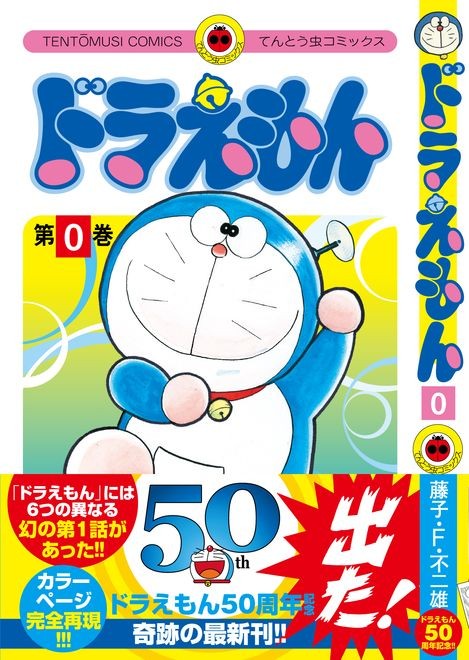 The cover illustration of the Vol. 0 of “Doraemon” ((c) Fujiko-Pro, Shogakukan)

Cryptically titled “Vol. 0,” the first comic book in the original “Doraemon” manga series to come out in 23 years was released Dec. 1 to mark the 50th anniversary of the cultural phenomenon.

The “Vol. 0” contains six versions of the first episode and includes color pages.

The manga series features a robotic cat from the future who has a special pocket from which he produces secret gadgets. It started its run in the January 1970 issues of Shogakukan Inc.’s “Yoiko,” “Shogaku Ichinensei” and four other magazines for children.

The first episode came in six versions to cater to individual readers of the magazines. They are published according to readers' age or grade in school.

Vol. 0 features all six versions. It also contains supplements, including a preview of the series showing how the author, Fujiko F. Fujio, came up with the character, a documentary manga about the birth of Doraemon and commentaries about the background information surrounding the original publication.

The latest and final volume published from the Tentomushi Comics imprint was Vol. 45, which came out in 1996.

In addition to Vol. 0, which is sold for 700 yen ($6.50), excluding tax, Shogakukan plans to offer other publications to celebrate the 50th anniversary.