Population falls stem mainly from one thing: Lack of money 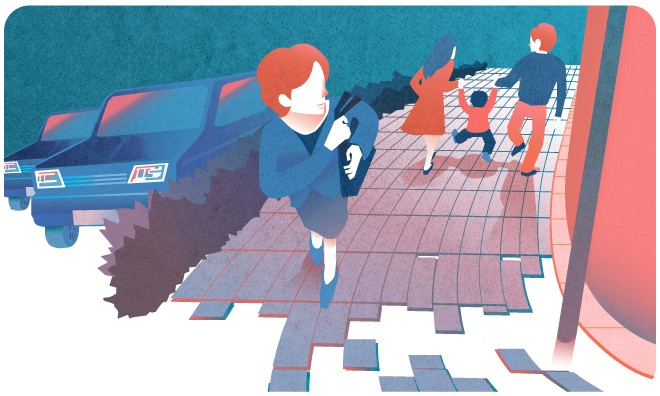 Even in Japan, a country that has long suffered from declining birthrates and a shrinking population, the numbers released on Dec. 24 raised alarms.

The health ministry said the number of babies born this year plunged below 900,000 for the first time in the nation’s history and a year earlier than projected.

The number of deaths minus the number of births in 2019 was about 510,000, meaning that a population equivalent to all of Tottori Prefecture disappeared in a single year.

The accelerated shrinkage occurred despite the government’s emergency measures to halt the downward trend. Experts have warned that the population could eventually sink to a level unable to economically sustain the country.

They also, again, point out the root of the problem: money.

Ryuichi Kaneko, a professor of population-based studies at Meiji University, said Japan is entering an era of “reduced reproduction.”

“Most of the second-generation baby boomers, who make up a large group, have passed their reproductive age, and now only a small share of Japan’s population are becoming parents,” said Kaneko, former deputy director-general at the National Institute of Population and Social Security Research (IPSS). “The shrinking number of parents are reproducing an even smaller number of children.”

Kaneko said the decrease in births has been caused mainly by the economic plight of people of childbearing age.

Many people now in their mid-30s through late 40s had a difficult time landing full-time “regular” jobs during the economic doldrums that started around the middle of the 1990s.

As a result, many had to accept “nonregular” part-time or contract work with lower pay and fragile job security. Their plans to get married and start families were delayed or even abandoned in their efforts to secure a more stable employment status or find a potential partner on solid financial footing.

“It is difficult for me to find a marriage partner because there are so few men with regular employee status at my workplace,” a 43-year-old female contract worker said.

A 42-year-old part-time worker said he wants to eventually start a family.

“But securing a job as a regular employee comes first,” he said.

Fueling the pessimism about a population rebound is that the percentage of nonregular workers among younger generations remains high.

An IPSS survey conducted in 2015 underscored the reason young Japanese were marrying less often and having fewer children.

The survey results showed that most men and women do want to marry.

However, more than 40 percent of male and female respondents cited a “lack of funds” as the “biggest impediment to marriage.” It was the most common answer in the survey.

Emiko Ochiai, a professor of family sociology at Kyoto University, described the situation as an “escape from family.”

She noted that people must overcome layers of hurdles to get married and have children, and the government has failed to resolve a number of social issues and other problems facing the child-bearing age population.

“In addition to a chronic shortage of nursery schools and high education costs, there is a risk that children might end up becoming social recluses who are unable to become self-reliant,” she said. “Since assistance from the government is limited, many people are shying away from starting a family.”

Calling Japan’s dwindling population a “national crisis,” Prime Minister Shinzo Abe dissolved the Lower House in 2018 for a snap election that gave a voter mandate for his administration’s policy on tackling the issue.

The administration pushed reforms in the workforce, such as reducing long working hours and improving the wages of nonregular workers, as well as introducing free preschool education and child care.

The measures, however, have failed to generate the intended results for the birthrate.

Ochiai said the administration’s approach has been too tepid.

“To address the dwindling, working-age population, we need to promote women’s entry into the workforce, implement measures aimed at helping families juggle work and childrearing, and accept more immigrants,” she said. “But each of these measures taken so far has been half-hearted.”

If the number of childbearing age people keeps decreasing, Japan will see population declines for decades, even if the birthrate does turn around, the experts said.

If Japan fails to adopt effective measure to reverse the trend right now, the country’s future will be in serious doubt, they warned.