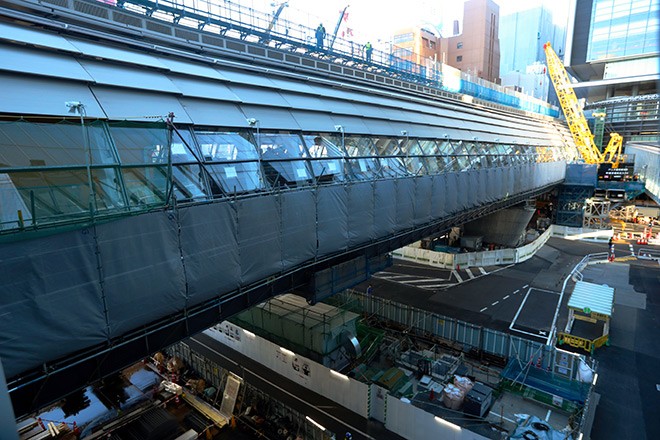 Services on Tokyo's busy Ginza subway line are being partially suspended over the New Year holidays due to work to construct a new Shibuya Station.

No service is currently available between Shibuya and Omote-sando stations as well as between Aoyama-itchome and Tameike-sanno stations, operator Tokyo Metro Co. said.

The suspension will continue through Jan. 2, and plans call for normal operations to resume from the first train on Jan. 3.

The new Shibuya Station will also open on Jan. 3.

The Ginza Line will be operating until Jan. 2 only between Omote-sando and Aoyama-itchome stations as well as between Tameike-sanno and Asakusa stations.

Tokyo Metro officials are asking passengers to use alternative means of transportation for those portions where service is unavailable.

The suspension is to allow for the relocation of the Ginza Line Shibuya Station from its location on the third floor of the Tokyu department store to a new site about 130 meters to the east over Meiji-dori street.

The two tracks between Shibuya and neighboring Omote-sando stations will be moved and the space opening up between the new tracks will be used to construct a new station.

About 220,000 passengers use the Ginza Line Shibuya Station daily, but there has been no major renovation of the station since it opened in 1938. That meant the station had no restrooms or escalators.

Work for the station move began from 2009 when a major redevelopment project in the surrounding area began.

The line connects Shibuya with Asakusa, two of the capital's top tourist destinations.