Path opened for Japan Antarctica expedition to get food, fuel to base 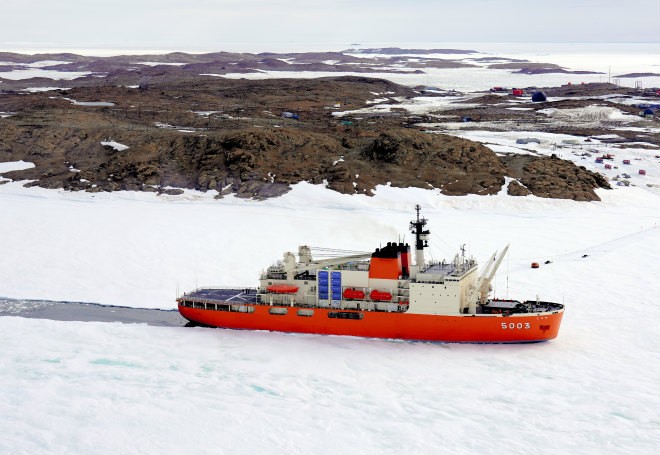 The icebreaker Shirase arrives off East Ongul Island, where Japan’s Syowa Station is located, on Jan. 5. Part of the base can be seen in the rear right. (Yumi Nakayama)

On the afternoon of Jan. 5, the Shirase arrived at its destination, a point 500 meters off East Ongul Island, where the base is located.

The crew members will connect the icebreaker with tanks at the base via hoses so fuel can be piped into the station.

Strong frosty winds stopped on the day, which saw the temperature rise to as high as 1 degree.

Expedition team members who had already arrived at the base watched the Shirase demolishing thick sea ice as it cleared a path to the shore.

Crew members will next use snowmobiles to transport food and other resources ashore to support life at the base.