Gundam Base Fukuoka to offer 2,000 types of plastic models 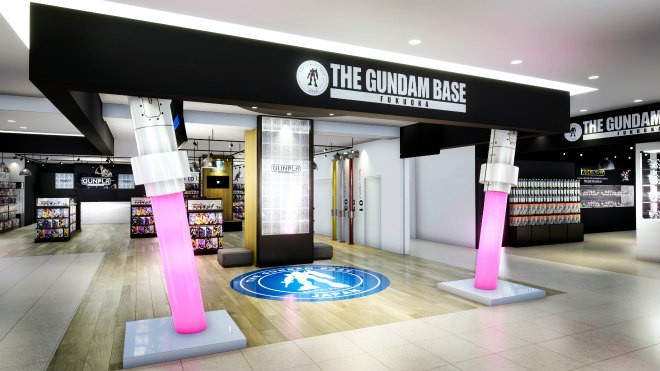 The Gundam Base Fukuoka shop, scheduled to open on Nov. 30 in Fukuoka (Provided by Bandai Spirits Co.)

FUKUOKA--A specialty shop boasting one of the largest collections of plastic model kits for characters and vehicles from the “Mobile Suit Gundam” anime series will open here Nov. 30 at the Canal City Hakata commercial complex.

Gundam Base Fukuoka offers about 2,000 varieties of the kits, commonly called “Gunpla.”

The store on Canal City Hakata's first level also contains a work area for model builders within its 817-square-meter floorspace.

In addition to exclusive items only available at the specialty shop, products which were initially released when Gunpla kits were first introduced and are currently rarely offered in markets, will be available for purchase.

According to Bandai Spirits Co., the Fukuoka outlet is only Japan's second Gundam Base. The first one opened in Tokyo’s Odaiba district. It is the 16th store Bandai has opened in the world.

“We expect many foreign visitors to buy products in Fukuoka that aren't available in their countries as this city is a gateway for Asian countries,” a Bandai representative said.

“Gundam” anime shows are broadcast outside Japan, which has driven sales of Gunpla models across the globe.

In recent years, overseas markets have accounted for 50 percent of Gunpla sales.

South Korea, Taiwan and China all now have Gundam Base specialty shops.

Gunpla models first arrived on the market in 1980. More than 500 million models had been shipped by April this year.