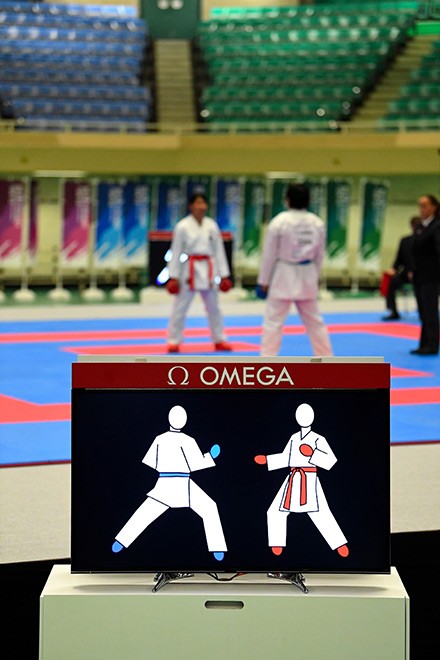 Experts are slamming the awarding of a bid for karate mats for the 2020 Tokyo Olympics at only 1 yen, saying such a bargain could violate the Anti-Monopoly Law and result in the supply of shoddy goods.

In addition, the organizing committee of the 2020 Tokyo Olympics did not disclose the amount of the successful bid, apparently out of concern that it could fuel a cut-throat bidding war in the future.

A company based in Saitama Prefecture was awarded the contract after submitting a bid of 1 yen for 864 mats ordered, along with one other company. The prestige of being the supplier of the colored mats for an Olympic event may have led to the rock-bottom bid.

The mats will be used at the Nippon Budokan in Tokyo's Chiyoda Ward, where the karate competition will be held, and the Tokyo Budokan in Adachi Ward, the practice venue.

An order for the 864 mats by the committee would have totaled about 4 million yen or so, according to a committee source.

The organizing committee announced the results of the tender at its website on Oct. 1, but not the amount of the successful bid.

Asked why it did not disclose the figure, a committee official told The Asahi Shimbun that doing so “could lead to excessive competition in the future.”

But Kentaro Hirayama, a lawyer well versed in the Anti-Monopoly Law, pointed out that awarding a contract based on a bid of 1 yen could constitute dumping, a breach of the law.

“If you put in a bid for the mats for 1 yen, it is obvious that you are selling them below cost,” he said.

Hirayama also said the committee should have set a minimum bidding price to ensure the quality of the mats.

“For an event like the Olympics, goods with higher quality should be provided,” he said. “If bidders kept submitting bids of 1 yen, it would raise the possibility that the quality of goods may not be guaranteed.”

The Tokyo Olympics will be the first Games to include karate in its lineup of events. Participants will compete in kata (forms) and kumite (sparring).