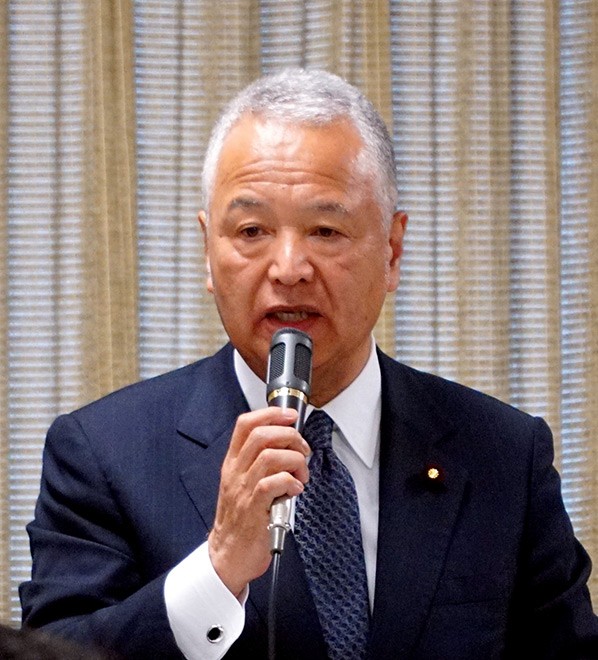 Emperors should be allowed to come from the imperial family's female line, a Liberal Democratic Party heavyweight suggested, who is a close ally of Prime Minister Shinzo Abe.

Breaking from the Abe administration, which insists only a male descendant from the family's male line can ascend to the Chrysanthemum Throne, Akira Amari proposed allowing a matrilineal emperor.

To ensure a stable imperial succession, Amari said on Nov. 24, “We should set the line of succession primarily among descendants in the male line.”

But he added, “Still, we should ultimately approve of the female line as an option.”

The chairman of the LDP’s Research Committee on the Tax System made the comments during a news show broadcast on Fuji Television Network Inc.

Under the Imperial House Law, only male descendants from the male line can become emperor.

Many Abe administration members are staunch defenders of the rule.

Though there have been several female emperors in Japan's history, all were descendants in the male line of imperial ancestors.

There is no precedent of an emperor from the female line.

Amari said those in the male line should still get priority to succeed the emperor, but stressed the importance of being prepared to cope with any situation.

Currently, the imperial family consists of 18 members. Of these, only seven are in their 30s or younger. Prince Hisahito, 13, a nephew of Emperor Naruhito and second in line to the throne, is the only male.

The rest are women who will lose their status as imperial family members under the Imperial House Law if they marry.