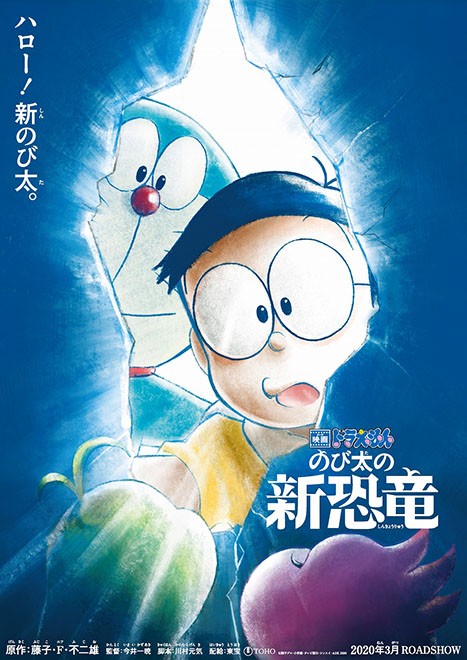 The 40th Doraemon film will revisit the series' starting point--dinosaurs.

The latest installment, which will be released in March 2020, will be called “Doraemon the Movie: Nobita’s New Dinosaur.”

Adapted from the original manga that also spawned an animated TV show, the film series began with the first installment titled “Doraemon the Movie: Nobita’s Dinosaur” in 1980.

The new movie will be directed by Kazuaki Imai and written by Genki Kawamura, reprising their roles for the 38th installment subtitled “Doraemon the Movie: Nobita’s Treasure Island.” It raked in 5.37 billion yen ($50.44 million) at the Japanese box office, becoming the highest-grossing title in the series.

But the latest film will be different from the original or the 2006 remake of the same name, according to the director.

“It will be a completely new dinosaur story that needs to be told now,” Imai was quoted as saying.

A new visual and a special trailer were also unveiled, showing Doraemon and Nobita looking at the baby dinosaurs as they hatch from the eggs.