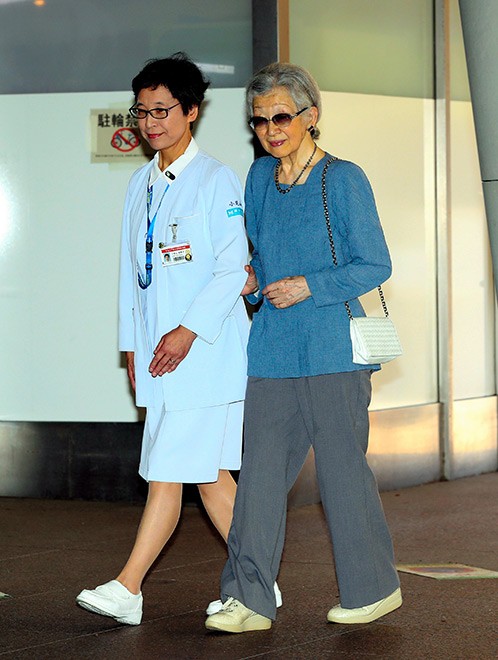 Empress Emerita Michiko arrives at the University of Tokyo Hospital in the capital’s Bunkyo Ward on Sept. 7. (Pool)

Empress Emerita Michiko has made good progress following breast cancer surgery on Sept. 8, with no signs of metastasis, according to the Imperial Household Agency.

Michiko, 84, underwent breast-conserving surgery at the University of Tokyo Hospital to have a tumor and surrounding tissue removed, the agency said the same day.

The operation took about four hours. She was admitted to the hospital Sept. 7.

A tumor mass was discovered during a health checkup in July, with follow-up examinations revealing that it was malignant, resulting in a stage 1 breast cancer diagnosis.

The team consisted of hospital doctors as well as clinical oncologists at Shizuoka Cancer Center, who have conducted regular checks of her mammary gland for more than 10 years.