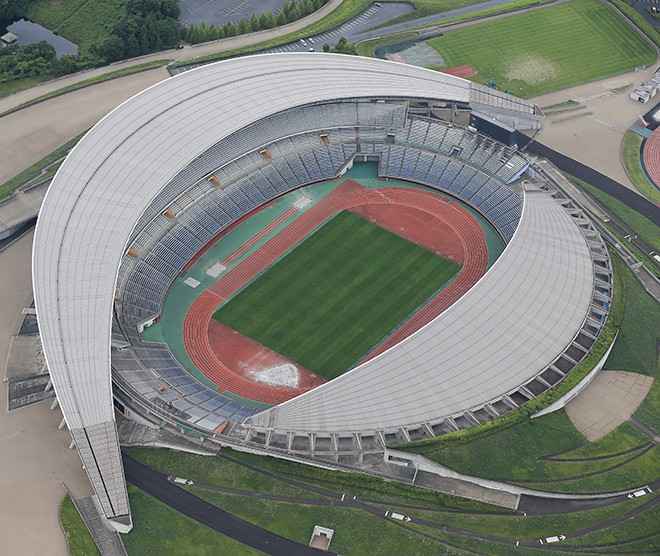 The mayor of a town in northeastern Japan that will host Olympic soccer games says his city has received no funding from the central government that has promised to use the 2020 Tokyo Olympics to help in the reconstruction of the region.

The Japanese government and Tokyo 2020 organizers are hoping to use the Olympics to showcase Japan's recovery from the 2011 earthquake and tsunami. Several Olympic events, including soccer and baseball, will be held in northeastern Japan.

But with less than a year to go before the opening ceremony, Yutaka Kumagai, the mayor of Rifu in Miyagi Prefecture, says his city has seen no funding from the central government.

Kumagai made the comments during a media tour of Miyagi Stadium, a 49,000-seat facility in Rifu that will host men's and women's football at the 2020 Olympics.

About 50,000 people are still displaced in the Tohoku region as of August, according to the Reconstruction Agency.

Yoshiaki Suda, the mayor of Onagawa in Miyagi Prefecture, concurred with Kumagai. Like Rifu, Onagawa is a coastal city that sustained heavy destruction.

"We haven't received any subsidy, even one yen, from the central government," Suda said. "Whatever we do for the venues, for the hospitality for the Olympics, we have to do ourselves."

Some media reports have made the claim that the Olympics have hampered the reconstruction efforts, taking workers away from the region to help with construction in Tokyo.

Japan is one of the most earthquake- and tsunami-prone areas in the world. On March 11, 2011, a magnitude 9.0 quake offshore caused a tsunami that triggered meltdowns at the Fukushima nuclear power plant. The quake and tsunami heavily damaged coastal neighborhoods in northeastern Japan and took more than 18,000 lives.

Tokyo, which projected total costs of about $7.5 billion in its winning bid for the games in 2013, is reportedly spending about $20 billion to prepare the city to host the games.

A group of anti-Olympic activists, many from outside Japan, have held small protests and other events this summer under the Japanese title "Han-gorin no Kai" — which translates roughly to No Olympics. They oppose Olympic spending, which they say cuts into budgets for housing and environmental issues.

They also call for more money to rebuild Fukushima prefecture located northeast of Tokyo. Organizers say Fukushima is a main focus of the Olympics, staging baseball, softball and soccer games there to persuade the world the area is safe.

Tokyo organizers have faced a series of hurdles as they prepare to host the games.

In August, Tokyo's summer heat forced an Olympic women's triathlon qualifying event to be shortened because of high temperatures that are likely to impact next year's games.

Tsunekazu Takeda, the head of the Japanese Olympic Committee, was forced to quit earlier this year when he was implicated in a vote-buying scheme to land the games. He has denied wrongdoing, but acknowledged he signed off on about $2 million that French investigators allege went to buy votes.