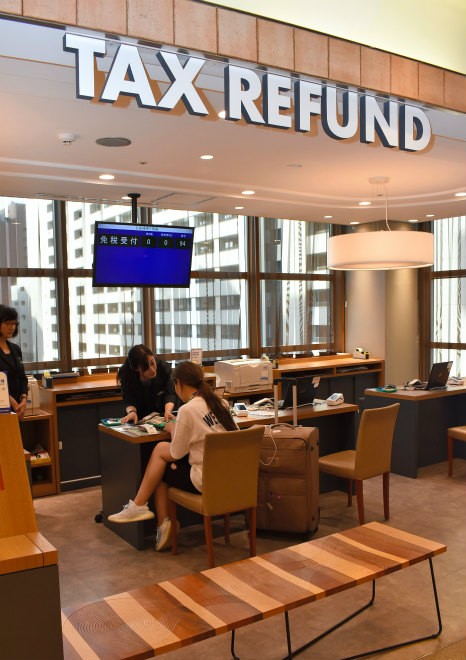 Half as many South Koreans are now visiting Japan since a diplomatic row between the two countries boiled over to the economic front, plunging ties between the neighboring countries into a tailspin.

Figures released by the Japan Tourism Agency (JTA) on Sept. 18 showed that the number of South Korean tourists in August fell by 48 percent over the same month last year to 308,700.

While it was the second straight month of decline, the rate far exceeded that of July when the decrease was only 7.6 percent compared with the same month in 2018.

The last time similar rates of decrease were recorded was in the months immediately following the 2011 earthquake and tsunami disaster that triggered a nuclear emergency.

The sharp drop in tourism is also being felt across broad areas of the domestic economy. For instance, food exports to South Korea fell by 40 percent, primarily as a result of a continuing boycott in South Korea of Japanese products and a concerted effort in that country to avoid travel to Japan.

The boycott took shape after the Japanese government in July tightened export controls of important materials used to manufacture semiconductors and its subsequent decision to remove South Korea from a list of nations receiving preferential trade treatment.

Officials of the Japan National Tourism Organization noted that there had been a year-on-year decline in visitors from South Korea since the second half of 2018, mainly as a result of South Korea's stagnant economy.

The tougher export control measures introduced in July accelerated the pace of decline.

Overall, foreign tourist numbers in August declined by 2.2 percent to 2.52 million visitors. That was the first year-on-year decline since September 2018 when visitor numbers dropped by 5.3 percent due to typhoon damage to Kansai International Airport and an earthquake striking the main northernmost island of Hokkaido.

In 2018, about 7.5 million South Koreans came to Japan, representing about 25 percent of the total. Those visitors spent about 590 billion yen ($5.5 billion) while in Japan.

The sharp drop in visitor numbers is hurting the local economy of areas that depend on South Korean tourists.

One such region is the Beppu and Yufuin areas of Oita Prefecture on the main southern island of Kyushu.

According to an Oita cooperative of hotels and inns, some hotels in the prefecture reported that occupancy rates for South Korean tourists had fallen by about 80 percent from August 2018.

Oita, which lies within easy access to South Korea, traditionally has attracted South Korean visitors eager to play golf and immerse themselves in its famed hot springs during the balmy autumn to winter season.

In past years, the area would be swarming with South Korean visitors by now, but there is no sign of that happening anytime soon.

At the Pacific Blue Country Club in Kunisaki, Oita Prefecture, located 20 minutes by car from Oita Airport, half of the visitors who stay at its lodging facility are normally from South Korea.

But cancellations have been flooding in since July. Because many visitors arrive in group tours, the effect was more striking. Cancellations by tour groups that had intended to rent out the entire facility meant 1,200 people were no-shows.

The Beppu Golf Club located in Kitsuki, Oita Prefecture, said it did not have a single South Korean guest in September.

"We were prepared for a decrease, but we never expected to end up with zero South Korean guests," the manager said. "As a service industry, we face a very dire situation."

Other regions are taking steps to offset the economic ramifications of the decline in visitor numbers.

For example, North Pacific Bank Ltd., headquartered in Sapporo, on Sept. 17 set up special sections at all of its branches in Hokkaido to handle consultations from hotels and restaurants seeking emergency loans to tide them until South Korean visitors start returning.

Bank officials said inquiries started pouring in from September from business owners concerned about the 50 percent plunge in visitors compared with an average year.

Hiroshi Tabata, the JTA commissioner, vowed to work with the private sector to make every effort to reinvigorate tourism exchanges between the two countries with the caveat that there is now an urgent need to attract tourists from a wider range of nations.

In contrast, the number of Japanese visitors to South Korea increased by 4.8 percent in August to about 334,000, according to a South Korean government announcement. But the pace of increase was below the 22 percent recorded for the period between January and August.

The Finance Ministry announced on Sept. 18 that food exports to South Korea in August fell by 40.6 percent year-on-year to about 2.4 billion yen.

Japanese beer and food manufacturers reported sharp decreases in sales in South Korea due to the boycott campaign that started in retaliation for the tighter export control measures in July.