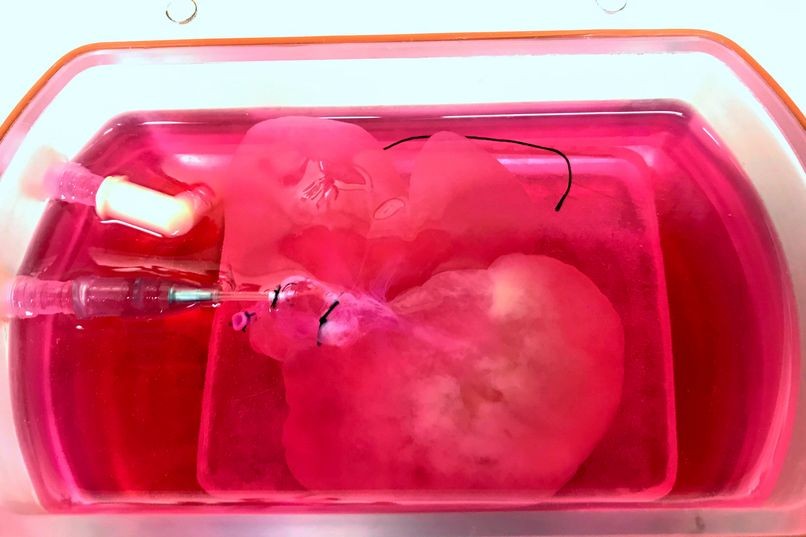 U.S. and Japanese scientists engineered fatty livers from human induced pluripotent stem (iPS) cells, paving the way for the development of drugs to treat excessive fatty buildup in the organ.

No effective drug is currently available for the disease.

Researchers from Kyushu University, the University of Pittsburgh and other institutions said the technology could be used in developing new drugs for the disease.

Cell and animal experiments have shown that liver cells are more prone to accumulate fat when a gene called Sirt-1 becomes less active.

Kazuki Takeishi, an assistant professor of liver surgery with Kyushu University Hospital, was a key member of the team that used iPS cells--which have the potential to develop into various cells--to generate liver cells in which Sirt-1 is inhibited from functioning. They took a step further and successfully engineered mini-livers, measuring 2 to 4 centimeters per side, based on rat livers.

A close study of the inside of the livers showed that undecomposed fat was accumulating in them as in real fatty livers.

Fatty liver is believed to be caused by an excessive intake of alcohol, overeating and lack of exercise among other factors, and can in some cases progress to liver cirrhosis or liver cancer.

Weight loss, moderate exercise, lifestyle improvement and other measures are deemed to be necessary for people with the condition, for which no therapeutic drug is available.

Development of new drugs is both time-consuming and costly, as the process involves checking the efficacy through cell and animal tests and confirming safety in humans.

Takeishi pointed out that the availability of mini-livers derived from human cells could facilitate drug-efficacy experiments.

“Our findings could help reduce the time needed for clinical tests for new drugs,” he said.

A paper describing the research results was published Aug. 7 in the U.S. journal Cell Metabolism, in electronic format.