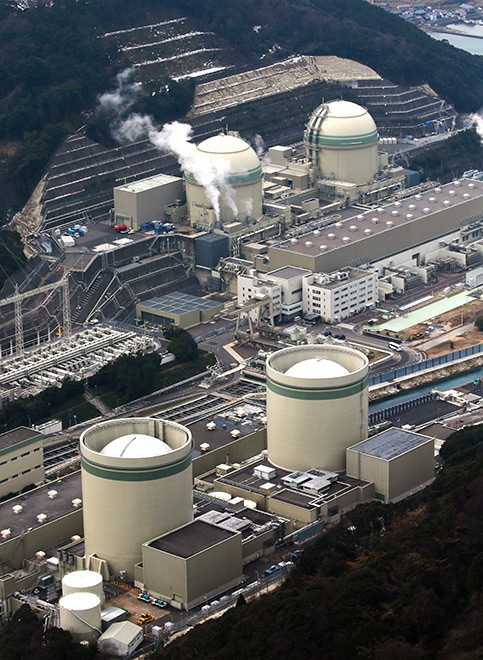 Kansai Electric Power Co. has placed orders worth more than 2 billion yen ($18.6 million) with a company that provided funds to a former deputy mayor who, in turn, sent millions of yen to the utility’s executives.

At the center of the controversy is the role of Eiji Moriyama, the former Takahama deputy mayor who died in March this year at age 90.

Described as an extremely influential figure who helped to bring the nuclear plant to Takahama, Moriyama received about 300 million yen from Yoshida Kaihatsu, according to the Kanazawa Regional Taxation Bureau’s investigation.

Yoshida Kaihatsu is believed to have accumulated the dubious funds through business transactions with subcontractors, sources said.

Of the amount given to Moriyama, about 180 million yen was distributed to six Kansai Electric executives, including President Shigeki Iwane and Chairman Makoto Yagi.

Kansai Electric explained at a news conference on Sept. 27 that Moriyama provided money and goods worth a total of 320 million yen to 20 of its executives over the seven years from 2011.

All four are former or current executives of the company’s nuclear business headquarters.

Iwane denied any wrongdoing concerning the money received from Moriyama or the contracts the utility has awarded.

“We have dealt with the process of placing orders and their monetary amounts appropriately based on in-house rules,” Iwane said at the news conference.

According to a private credit research company, Yoshida Kaihatsu was established in 1981.

Its sales for the year that ended in August 2013 stood at about 350 million yen.

However, in the year that ended in August 2018, its sales topped 2.1 billion yen, a sixfold increase over the period.

Records of its business over the past three years show that the company directly received orders from Kansai Electric or its subsidiaries for projects that included construction of employee dormitories.

Yoshida Kaihatsu also received orders from Kansai Electric or its subsidiaries indirectly as a subcontractor of major construction companies.

Many of the projects were aimed at meeting the new safety standards for nuclear power plants that were imposed after the 2011 Fukushima nuclear disaster.

One project awarded to Yoshida Kaihatsu involves preparing land for a building that will serve as a command center in the event of a severe accident at the Takahama nuclear plant.

Sales of local companies involved in construction and engineering works, including Yoshida Kaihatsu, have increased due to the “special demand.”

“We cannot respond (to media questions) because our president and other executives in charge are not here,” Yoshida Kaihatsu said on Sept. 27.