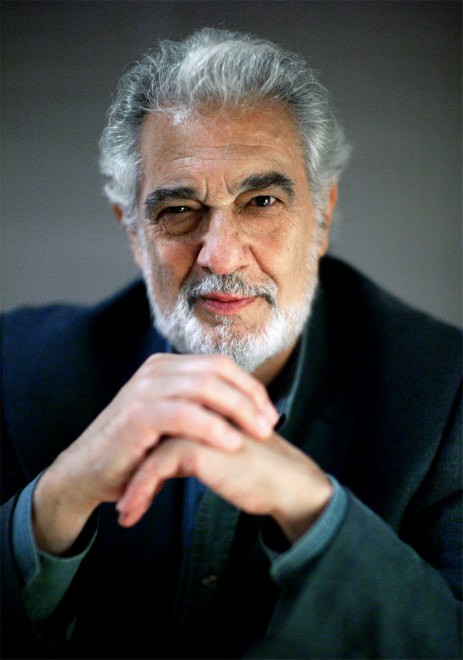 The opera singer Placido Domingo has been caught up in a sexual harassment scandal in the United States. (Asahi Shimbun file photo)

A flood of media reports since around mid-August have centered on complaints by female singers and dancers that Domingo groped them over the course of his storied career.

While Domingo, 78, has stated that he thought the women consented, he has stepped down as general director of the Los Angeles Opera and canceled planned performances with the Metropolitan Opera in New York.

Tokyo Olympic organizers are closely following those developments because Domingo is included in the opening program for a cultural festival to be held before the start of the Olympic Games next July.

The event is scheduled for April and Domingo is scheduled to appear in a stage performance next to the Kabuki actor Ichikawa Ebizo. The theme of the program is "Celebrating the start of the Games."

Olympic organizing committee officials held a news conference in April in which they announced a "dream collaboration stage" that would bring together stage artists who represent the best of the East and West.

Domingo sent a message to that news conference that said he was "honored to be a part of Japanese culture, even though it may be for just one night."

Organizing committee officials said on Oct. 3 that they were still in the process of ascertaining the truth of the complaints about Domingo's behavior, adding that they had not yet received word that he will pull out from the cultural event.

Domingo is also scheduled to co-star in a concert in January with the soprano singer Renee Fleming in Tokyo.

Organizers of the concerts to be held on Jan. 28 and 31 said they were in contact with Domingo's agents to confirm that he still plans to sing in those concerts.

While the MeToo movement may have sparked the criticism directed at Domingo in the United States, the situation is somewhat different in Europe.

Even after the first reports appeared, he still took part in an opera performed as part of the Salzburg Festival in Austria in late August.

Those in the music industry in Japan have said announcements had also been made that Domingo would appear as planned in events scheduled for Spain and Switzerland.

With the different approaches between the United States and Europe to the scandal surrounding the opera singer, the Tokyo Olympic organizing committee will likely continue to follow developments before it decides on whether Domingo should appear in the April event.

(This article was written by Masayuki Nishi and Mayumi Ueda.)