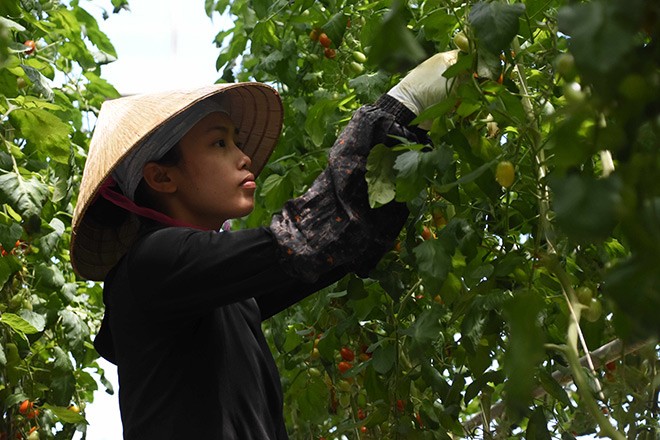 The secret arrangements were made by at least two Japanese agencies that help place foreign internees with companies in Japan, and organizations in Vietnam that recruit and send interns to Japan.

The agreements appeared designed to ensure that dubious funds were sent to the Japanese agencies.

The Immigration Services Agency and the labor ministry plan to rescind their approval for operations given to two agencies, one based in Chiba Prefecture and the other in Saitama Prefecture. The Vietnamese government also plans to retract its approval of two organizations that send out interns.

The suspicions about the two Japanese agencies were uncovered before any interns from the Vietnamese organizations actually entered Japan.

However, Japanese government officials acknowledged that the two cases could be just the tip of the iceberg.

The Chiba agency signed a contract in July 2018 with the Vietnamese organization, but the two sides also exchanged a “memorandum” that served as a secret agreement.

One provision of the memorandum called for the Chiba agency to receive compensation if interns go missing from their training location.

Many interns in the technical intern training program have fled their companies because of harsh working conditions.

If the intern disappeared in the first year of the program, the agency would receive 300,000 yen ($2,800) from the Vietnamese organization, according to the memorandum. The price was 200,000 yen for disappearances in the second year or later.

The actual contract stipulated that the Chiba agency was to pay 15,000 yen per intern as a training fee to the Vietnamese organization, which instructed prospective interns on what to expect in Japan.

However, the secret agreement waived any responsibility for the Chiba agency to pay that fee.

Immigration Services Agency officials suspect this and other Vietnamese organizations overcharge prospective interns to collect funds needed to pay kickbacks and other compensation to the Japanese agencies.

About 2,700 such agencies were operating in Japan as of the end of September. The Immigration Services Agency will look into similar dubious arrangements at other agencies.

The Saitama agency signed a contract--as well as a secret agreement using a memorandum--in May 2018 with a Vietnamese organization.

One provision had the Vietnamese organization returning the entire amount the Saitama agency paid for training fees.

Another provision included a discount for the management expenses the Saitama agency was supposed to pay the Vietnamese organization.

The existence of the two secret memorandums was uncovered during an exchange of information between government officials of the two nations.

One labor ministry official said the Vietnamese organizations likely made the various concessions, such as providing compensation and kickbacks, as a way to gain the attention of Japanese agencies handling interns.

The brunt of the burden falls on the shoulders of prospective technical interns who often have to take out loans to cover the large fees required to apply for entry into the technical intern training program.

More than half of the interns who go missing are from Vietnam.