Seven & i to close stores, cut jobs as Internet retailing takes its toll 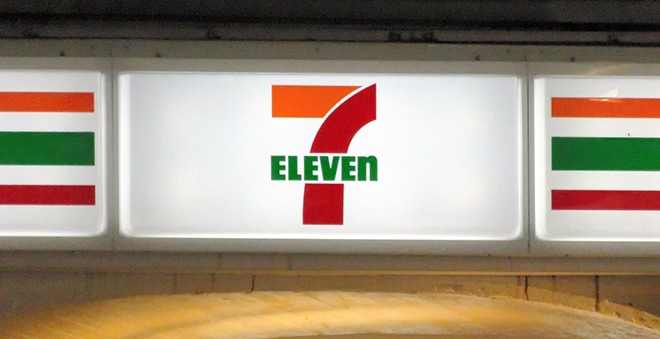 Citing the growing wave of Internet retailing, Seven & i Holdings Co. on Oct. 10 said it will restructure its convenience store operations and close supermarkets and department stores, resulting in 3,000 job cuts.

The company said about 1,000 unprofitable outlets of Seven-Eleven Japan Co., the nation’s largest convenience store chain, would either be closed or moved.

Although sales at Seven-Eleven Japan stores have played a major role in buoying the financial results of the parent company, company executives could clearly see the writing on the wall with the trend in online shopping and felt more measures were needed to ensure continued strength in convenience store operations and to prop up overall operations.

Seven & i said on Oct. 10 that its net profit for the six-month period that ended in August was a record 110.6 billion yen ($ 1 billion), despite the continued decline in sales at its supermarkets and department stores.

Sales at supermarkets around Japan have also been falling since hitting a peak of 16.8 trillion yen in 1997.

In contrast, the Ministry of Economy, Trade and Industry calculated that personal consumption through Internet retailing had reached 17.9 trillion yen in 2018, exceeding the levels for department stores and supermarkets.

Although the Internet retailing figure included such services as music and video streaming as well as travel reservations, there is still room for further increases if more food products are sold online.

The Seven & i group’s Ito-Yokado Co. had 158 supermarkets as of the end of August, but 33 will either be closed or be partnered with outside companies.

The downsizing measures will reduce the work forces of the department store and supermarket operations by a total of about 3,000.

The closing and moving of convenience stores will affect about 5 percent of Seven-Eleven Japan’s approximately 21,000 outlets around Japan.

Seven & i also faces the structural problem of a declining population and worker shortages in its convenience store business. Some franchise owners of Seven-Eleven outlets have begun moving away from a 24/7 business model because they cannot find workers to handle the graveyard shift.

Seven & i on Oct. 10 said it would provide greater support for convenience store operators, including a reduction in the amount paid by franchise owners to Seven-Eleven Japan headquarters starting in March 2020.

As a result, the monthly profits of each outlet will increase on average by about 500,000 yen. Conversely, profits at Seven-Eleven Japan headquarters will decrease by about 10 billion yen a year.

“Our top priority will be creating a structure in which franchise owners can manage their outlets with peace of mind,” Ryuichi Isaka, Seven & i Holdings president, said at the Oct. 10 news conference. “The motivation of owners will support growth over the medium and long term.”

The company will slow down its rapid pace of opening new outlets. It expects a very small net increase in the number of stores in the current fiscal year.

These measures could mark a turning point in the aggressive store openings made by the other operators of convenience store chains.

All together, there are about 60,000 convenience stores in Japan.