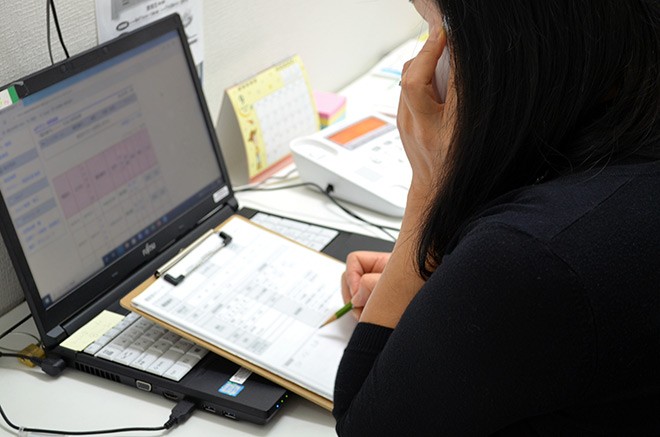 There are more social recluses in their 40s than in younger age groups, yet those in their 20s and 30s receive most of the public support, a study by The Asahi Shimbun has found.

The findings suggest that middle-aged "hikikomori" tend to resign themselves to their status and are less likely to seek assistance, according to experts, underscoring an urgent need to support such individuals.

The survey covered all 47 prefectures, including Tokyo, and 20 major cities with a population of at least 500,000.

Of the 67 local governments asked about the situation of those who live in extreme isolation, 32 said they have conducted fact-finding surveys on hikikomori.

Most of them consider hikikomori as persons who stay at home for periods of six months or more without working or going to school and who have virtually no contact with others except for family members.

Of the local governments that have conducted surveys, 17 said their counts are based on the overall totals ascertained by district welfare commissioners in their respective jurisdictions between 2013 and 2019.

Such special public officers serve as a bridge between local districts where they keep tabs on the well-being of residents, including children, and local governments.

Of 16 local governments that shared their survey results, 14 said people in their 40s account for the largest population of social withdrawals compared with other age groups.

The Asahi Shimbun study also showed that the rate of hikikomori in their 40s or older is higher than that of their counterparts in their 30s or younger for all of the 16 local governments.

A survey, for example, by Nagano Prefecture, in February found that those aged 40 or older accounted for 63.1 percent of the entire hikikomori population in the prefecture.

However, of the 32 local governments that took the survey, six said the rate of social recluses receiving counseling or support through local entities or private organizations is the highest among those in their 20s or 30s.

The percentage of such people aged 30 or younger is higher than that of those aged 40 or older.

Motohiro Sakai, an associate professor of clinical psychology at Miyazaki University, said the lower rate of hikikomori in their 40s who receive counseling partly represents a "sense of resignation" among recluses and their families.

"When they are young, hikikomori tend to seek help from outside sources when tensions and confrontations with their relatives heighten owing to their withdrawal," he said. "But when they are in their 40s, they, as well as their family members, are inclined to accept the situation."

Prefectural governments and large cities provide counseling services for reclusive people regardless of their age. But most state programs to address the issue of social withdrawal target young people.

Sakai said such services should also be made available at local offices at lower levels, such as towns and villages.

The issue of young people retreating into their homes became widely recognized as a social problem in the 1980s and 1990s in connection with children refusing to attend school.

As a result, the welfare ministry launched an assistance program for children under 18.

However, it has emerged that a growing number of middle-aged people are also withdrawing from society after being unable to find a job and for other reasons. Many of them had such experiences between 1995 and 2005, a period referred to as an “employment ice age.”

According to a study by the Cabinet Office released in March, there are an estimated 613,000 hikikomori between 40 and 64 years old nationwide.