VOX POPULI: Innate grace of Kaoru Yachigusa shone through in roles she played 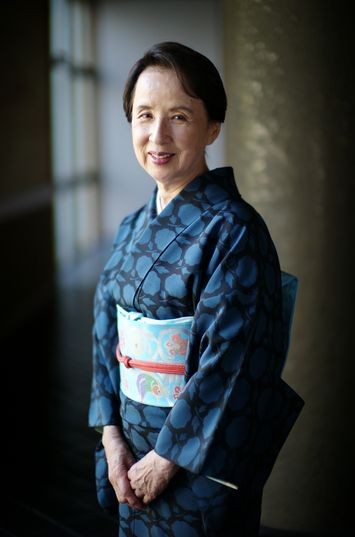 Actress Kaoru Yachigusa, whose career spanned seven decades in movies, TV dramas and stage plays, died on Oct. 24. She was 88.

The titles of many of the works she starred in read like a list of some of the greatest works of Japanese literature. They include Murasaki Shikibu's "Genji Monogatari" ("The Tale of Genji"), Natsume Soseki's "Sanshiro," Yasunari Kawabata's "Yukiguni" ("Snow Country"), and Toyoko Yamasaki's "Fumo Chitai" (literally, "barren land").

Born in the city of Osaka in 1931, Yachigusa was a 2-year-old toddler when her father died. Just one week before World War II ended in August 1945, she saw her home burn down in an air raid. She was 14. Her beloved doll went up in flames, and she later recalled in an essay, "I felt as if I myself was being burned."

Even though she was an introvert by nature, she aspired to become an actress. By her own account, she "hungered for a glittering, colorful life" that was different from the bleak and depressing wartime world she inhabited.

She fulfilled her dream by joining the all-female Takarazuka Revue musical theater troupe.

The roles she was given were greatly varied, but whether she played a princess in a costume drama or a wife whose husband was killed, Yachigusa infused the role with inner grace and fortitude. That probably owed to her acting chops, but there also was something innately gracious and genteel about her.

Despite her busy career, Yachigusa was a committed environmental activist. At the request of the former Environment Agency (present-day Environment Ministry), she served on its council for environmental protection.

Together with her film director husband, Senkichi Taniguchi (who died in 2007), she climbed mountains in Japan and overseas, and doted on her pet dogs and cats. She was wont to say, "My unfulfilled dream is to get a pet wolf."

In her collection of essays she published this past summer, she wrote, "I have no desire whatsoever to play any particular role or work in any particular production. I have always questioned my aptitude as an actress."

Perhaps it was this sort of detachment that resulted in her characteristically "natural" acting.