EDITORIAL: TEPCO needs to make its case for bailing out aging nuclear plant 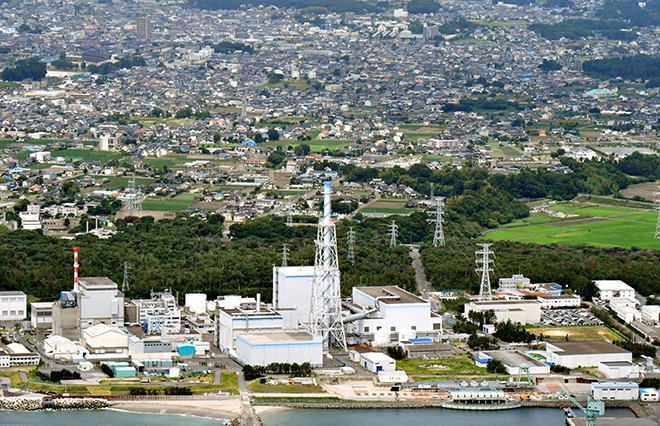 TEPCO will provide support to help Japan Atomic Power finance the work to implement legally required safety measures at the plant in the form of advance payments for the electricity it plans to buy from the company in the future.

TEPCO says it made the decision because the plant is expected to serve again as “a source of power that helps provide inexpensive and stable electricity that emits less carbon dioxide to customers.”

At a news conference to announce the decision, however, the utility did not disclose the amount it will provide, although it is estimated to exceed 220 billion yen ($2.02 billion).

The company also refused to reveal the price at which it will buy electricity generated at the plant, failing to back up its claim that the power will be “inexpensive.”

TEPCO even kept mum about an outline of its planned financial aid that can be easily guessed by other electric utilities or experts, saying providing such information would “put us at a disadvantage in competition with other companies.”

TEPCO, the operator of the crippled Fukushima No. 1 nuclear power plant, has been put under effective state control so that it can pay huge amounts in compensation to victims of the 2011 nuclear disaster and also finance the colossal cost of decommissioning the reactors destroyed by the core meltdowns.

TEPCO is coming to the rescue of another financially struggling company while being kept alive with taxpayer money. But it does not offer detailed information about its rescue plan or convincing reasons for the action.

How can the utility expect to win public support for the plan?

TEPCO says the money it will provide to Japan Atomic Power will not be “support” but a form of “cooperation” and create a “win-win” situation for both sides.

But strong opposition to a restart of the Tokai No. 2 nuclear plant, which began operations in 1978, will make it a tough challenge, to say the least, to win the support of the local communities.

TEPCO’s decision is based on highly uncertain assumptions.

The plan to rebuild TEPCO, developed jointly with the central government, calls on the utility to fulfill its responsibility as the operator of the disaster-stricken nuclear plant by making a profit from nuclear power generation.

But there seems to be no prospect of an early resumption of the operation of its own Kashiwazaki-Kariwa nuclear plant in Niigata Prefecture. The gloomy outlook of its nuclear power operations has probably prompted TEPCO to make the seemingly premature decision, which raises serious doubt.

If the reactor at the Tokai No. 2 plant cannot be restarted, TEPCO will only suffer massive additional losses instead of earning profits.

Japan Atomic Power’s two reactors--the other in Fukui Prefecture--have remained offline since the 2011 earthquake and tsunami that triggered the Fukushima nuclear disaster.

Even so, major electric utilities under contracts to buy electricity from Japan Atomic Power have paid some 1 trillion yen in total as basic fees for the contracts. It has been also revealed that these utilities all plan to provide financial support to help Japan Atomic Power restart the Tokai No. 2 plant.

Since these utilities also have stakes in Japan Atomic Power, the firm’s failure would cause hefty losses to them.

They seem determined to keep supporting the embattled nuclear power supplier to avoid such losses. But there are clearly limits to what such stopgap measures can do.

Commenting on TEPCO’s decision to provide financial support to Japan Atomic Power, Hiroshi Kajiyama, the industry minister, who is in charge of the power industry, said such “specific management decisions should be made at the discretion of the management team” unless they could disrupt efforts to pay compensation to victims of the nuclear disaster, decommission disabled reactors or ensure a stable power supply.

Kajiyama’s comment signals a noncommittal stance toward TEPCO's decision although his ministry can effectively control the company's management.

The government, which has been promoting nuclear power generation as a national policy, has a duty to tackle basic questions related to the matter, such as what to do with reactors that are difficult to resume operations and Japan Atomic Power, which only operates nuclear plants and is therefore facing bleak future prospects.

The government should play an active role in dealing with these and other questions instead of leaving the industry to do so and fulfill its responsibility to explain its related policies and agendas.