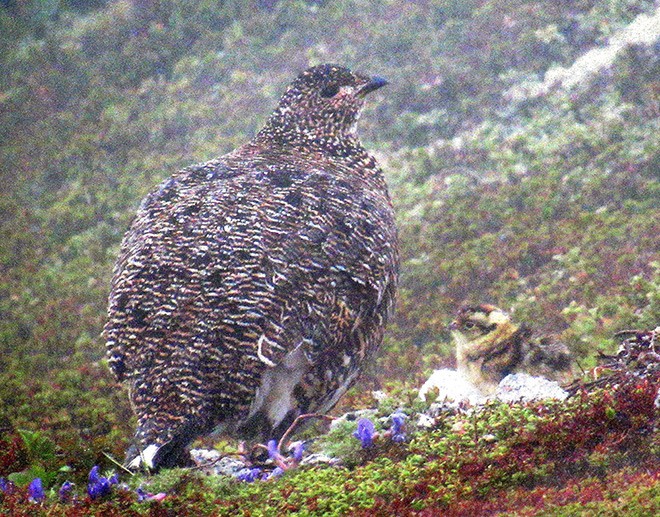 NAGANO--There are five new national treasures in Japan, and they chirp--and in time, will fly.

Five rock ptarmigans on July 1 were confirmed to have hatched at Mount Kiso-Komagatake in the Central Japan Alps, as part of an Environment Ministry project to reintroduce the creature to the area.

The birds, which are designated as a special national treasure, were last spotted in the mountain area in 1969.

However, a female rock ptarmigan thought to have flown from the Northern Japan Alps was found at Mount Kiso-Komagatake last summer, prompting the project to reintroduce ptarmigans chicks.

After finding unfertilized eggs in the female's nest, the ministry replaced them last month with fertilized eggs it collected from a nest at Mount Norikuradake in the Northern Japan Alps.

According to the ministry’s Shin-etsu Nature Conservation Office in Nagano, a ranger confirmed that five of the six eggs had hatched, and that five chicks could be seen walking around.