Floating world for Kyoto's Gion Festival is all about floats 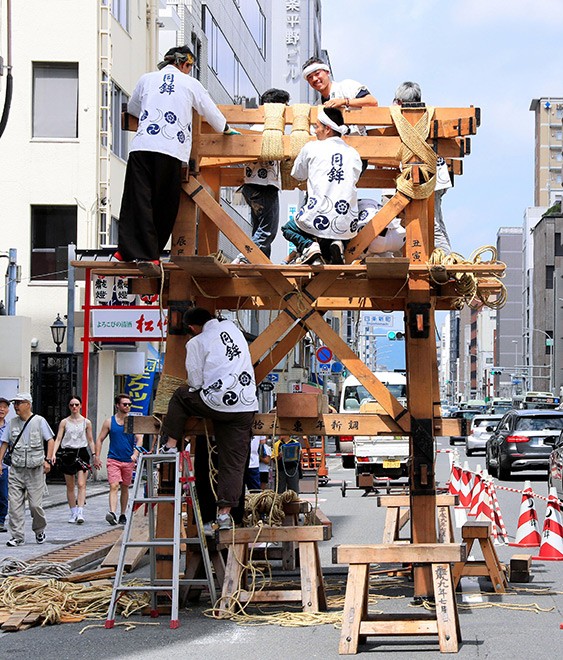 KYOTO--Traditional carpentry skills were on display on a street here July 10 as craftsmen began assembling “yamahoko” floats for the spectacular Gion Festival that will be paraded here a week from now.

Craftsmen, called “sakujikata,” were hard at work binding pieces of lumber with tightly coiled rope instead of using nails in a traditional method called “nawa-garami.”

Floats of various sizes were taking shape along Shijo-dori street, and the biggest ones will be as high as 20 meters and weigh more than 10 tons.

Parades will be held July 17 as a highlight of the festival.

It takes about three days to assembly a float, including the roof, wheels and ornaments.

A total of 23 floats will be assembled by July 14.