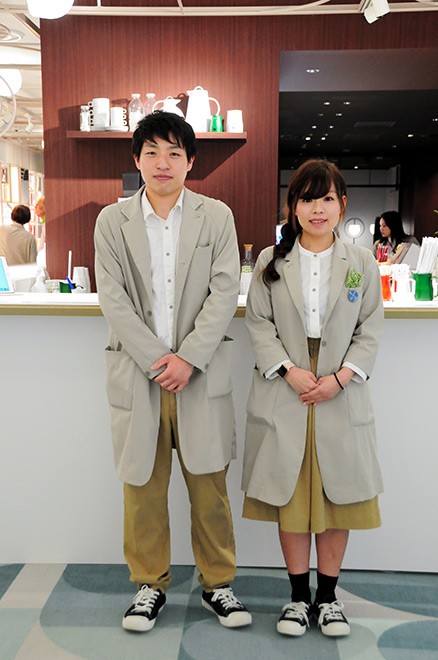 Mobile carrier NTT Docomo Inc. will allow all sales staff at its "Docomo Shop" to wear sneakers as part of efforts to create a more pleasant work environment and customer-friendly impression.

The telecommunications giant decided to scrap its mandatory heels policy in favor of more comfortable footwear that will be a part of new uniforms starting around October 2020.

The company currently requires female store associates at about 2,300 of its outlets nationwide to wear heels as a general rule, with a choice of either 3.5- or 6.5-cm-high heels.

As male store associates are at present required to wear conservative black or dark brown leather shoes, they will also benefit from the policy change.

The change comes at a time when calls are growing for companies to relax dress codes that require female employees to wear high heels.

With the “#KuToo” movement gaining traction in recent months, many have voiced criticism of the widespread corporate policy of heels for female employees, arguing that such footwear can cause pain and discomfort and is merely to achieve a certain look.

Many companies have started reviewing their policy as a result.

Zipair Tokyo, a budget carrier affiliated with Japan Airlines Co., announced in April that its cabin attendants, regardless of gender, will wear sneakers as part of their uniform when the airline launches in summer 2020.

The company said it made the decision on the basis of feedback from cabin attendants since last summer.

While NTT Docomo’s decision is not a direct result of the “#KuToo” movement, the winds of change appear to be reaching mobile phone service providers at least for store associates whose work is mostly performed standing.

KDDI Corp. has given store staff members working at 12 company-owned retail stores the option of wearing sneakers since May.

Such an alternative was previously only available during summer at KDDI.

SoftBank Corp. has permitted sneakers among its store associates since 2011 during the Cool Biz period from June to October, when employees are encouraged to dress less formally.